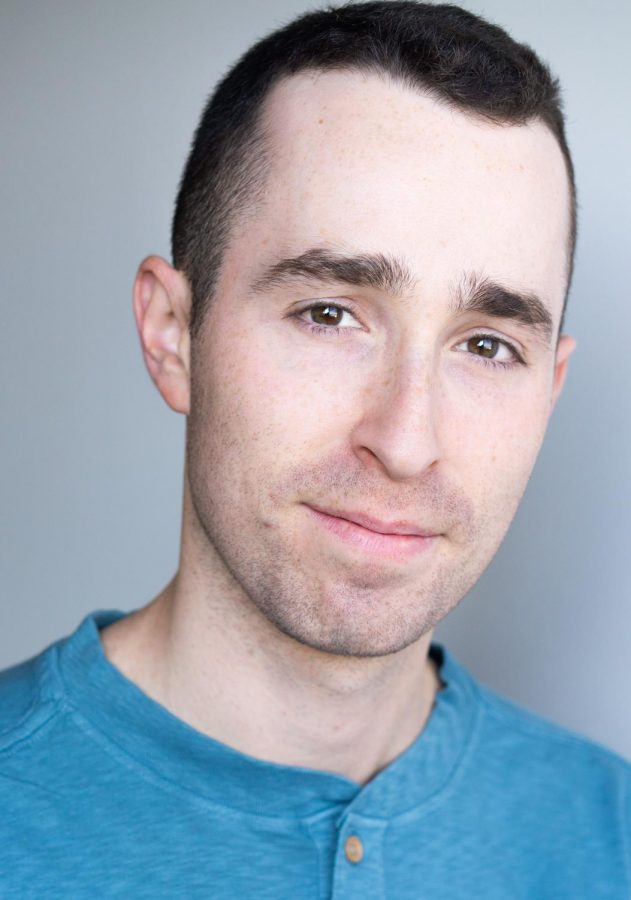 Jeff Friedman wasn’t looking to become a pin-up model. He’s much more interested in acting, directing and improv. But when a casting call went out for Jewish bachelors to pose for the Nice Jewish Guys Wall Calendar 2021, he figured why not bite and see what happens.

“They ended up calling me for an interview as opposed to an audition,” said Friedman, 23, who grew up in Clayton and celebrated his bar mitzvah at Traditional Congregation. “In the style of the good Jewish boy, my mom (Patty Paster) was visiting me in California (where he now lives) and I didn’t want to leave her idle at my home. So I brought her along to the interview. I think maybe that helped me.”

Not only was Friedman chosen as Mr. July, he also landed the cover of the calendar. There he is, a bearded Friedman, stretched out on a blanket on the lawn smiling, book in one hand, apple in another, dressed in a shirt and tie — and neatly pressed trousers. The caption on the cover reads: “Nice Jewish Guys . . . You Can Bring Them Home To Mom!” The calendar, available on Amazon among other websites, sells for $14.99.

“I would say one feature of the calendar is that all the guys are wholesome — your parents and grandparents would love them,” said Friedman, whose bio as Mr. July mentions that he had a skateboard theme for his bar mitzvah and once ate a live fish on a school trip in the eighth grade.

“They wanted to steer clear of that whole actor thing. I was also working as an administrative assistant so that’s how I’m identified. I don’t think I’m the only one (in the calendar) who’s pursuing acting but was also doing something else.”

As Friedman explains, his interest in acting didn’t pique until he entered Pomona College in Claremont, Calif. after graduating from Clayton High in 2015. He wound up minoring in theater.

Now living in Los Angeles, he stars in a film shot during the pandemic that will be streaming this fall on Amazon Prime Video called “It’s Not Me, It’s You.” Friedman plays Jason, a rocket scientist who visits all his ex-girlfriends to find out what went wrong with each relationship. He’s hoping that doing so will help him win back his fiancée, who he catches cheating on him at the beginning of the film.

“The closest movie I can think that it’s like is ‘Broken Flowers’ with Bill Murray,” said Friedman. “There’s a lot of self-discovery. It can be a bit of a dark comedy at times.”

The film was shot during June, July and August, which required the actors to social distance. As a result, some kissing scenes were taken out of the script.

“Most of the scenes include a maximum of two actors in the same place,” said Friedman. “We also shot a lot outdoors and when we were inside, we took precautions, like wearing masks and individual COVID testing.”

Friedman admits that being far away from his family during the pandemic has been hard. “I really miss the spirit of St. Louis,” he said. “I miss how people who don’t even know each other can unite around sports teams like the Cardinals and Blues and become friends. I think I took those things for granted when I lived there but I really appreciate them now.”