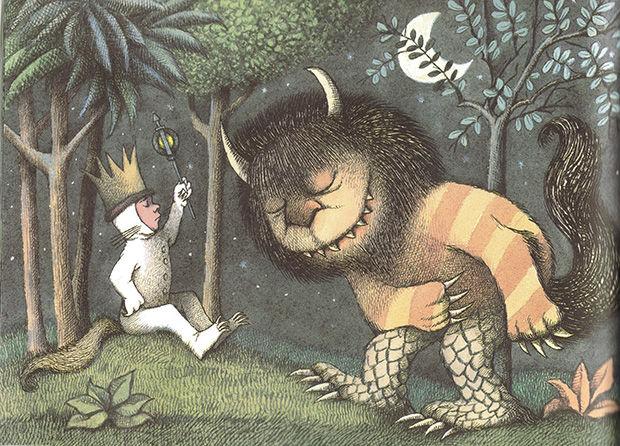 Next week the Light will present its annual eight-page Fall Arts Guide, which is chock full of events and performances taking place over the coming months. Today, I’d like to provide a preview with a few events that don’t really fit into the guide, but are definitely worth checking out with a visit.

The first pays tribute to the works of Maurice Sendak (born in Brooklyn to Polish-Jewish immigrant parents) in celebration of the 50th anniversary of his beloved 1963 children’s book, “Where the Wild Things Are” (the exhibit has been touring the country since 2013).The St. Louis Public Library will host “Maurice Sendak: The Memorial Exhibition 50 Years, 50 Works, 50 Reasons,” which opens Sept. 5 and runs through Oct. 18.

Original art works are presented with comments from 50 extraordinary people whose lives were touched by the author. The multifaceted celebration will feature exhibits, programs, activities, and discussions for kids and adults at Central Library and the library’s 16 locations. All events are free and open to the public.

The exhibit kicks off at downtown’s Central Library, 1301 Olive Street, at 10 a.m. Sept. 5 with a ceremony featuring dignitaries and live “wild things” from “Where the Wild Things Are.” Activities for kids including crafts, storytelling, and a special reading of “Where the Wild Things Are,” which tells the story of a young boy named Max, who misbehaves and is sent to his bedroom where he dreams of cavorting with jungle beasts. Fun features of the library exhibit allow visitors to enter the life-size, interactive replica of Max’s bedroom; lie on Max’s bed, gaze at the jungle canopy, and hear night sound; climb in Max’s sailboat and find monsters hiding throughout the library.

‘Orange is the New Black’ redux

To refresh, in 2009, he pled guilty to two counts of obstruction of justice and resigned his seat. He admitted his involvement, and attempted cover-up, in two federal election law violations committed during his 2004 campaign for Congress as a Democrat.

Smith served a year and a day in the Federal Correctional Institution in Manchester, Kentucky. During that time, he kept copious notes about what he saw in the prison system, which he says exploits racial tension and bias, and builds better criminals instead of better citizens.

At 7 p.m. Sept. 15, Smith will sign and discuss his new book, “Mr. Smith Goes to Prison: What My Year Behind Bars Taught Me about America’s Prison Crisis” (St. Martin’s Press) at Left Bank Books in the Central West End. In the book, Smith examines “the shortcomings of a race-based cycle of poverty and crime that sets inmates up to fail.”

Smith grew up in Olivette and graduated from Ladue Horton Watkins High School. He received a doctorate in political science from Washington University.

Today, Smith is now an assistant professor at the New School’s Milano School of International Affairs, Management, and Urban Planning in Manhattan. He lives in New Jersey with his wife and young son.

Songs from the heart

Art & Faith St. Louis will present its fifth annual interfaith concert at 5:30 p.m. Sept. 20 at the Sheldon Concert Hall, 3648 Washington Boulevard. The purpose of the free concert is not only to welcome people of all races, religions and ethnicities in the hopes of bringing about unity but also to create an ongoing relationship between the arts and faith communities to build a more harmonious St. Louis.

For more information, go to artsfaithstl.org.

Rabbi Andrea Goldstein of Congregation Shaare Emeth and Rabbi Randy Fleisher of Central Reform Congregation were among 150 Reform rabbis participating in the NAACP’s “Journey for Justice.” The 40-day, 860-mile march — which began in Selma, Alabama on Aug. 1 and will end Sept. 15 in Washington, D.C. — commemorates the 50th anniversary of the Voting Rights Act.

Each day of the march, two or more Reform rabbis from around the country join members of the NAACP to raise awareness of economic inequality, education reform, criminal justice reform, and voting rights.

Goldstein, who marched on Aug. 20, was one of many who carried a Torah scroll that is making the entire 40-day journey.  Fleisher marched and carried the Torah scroll on Aug. 6 in Montgomery, Alabama.

Hats off to the organizers of the 20th anniversary of the St. Louis Holocaust Museum and Learning Center gala at the Ritz Carlton in Clayton last week, which was attended by more than 600 people. Elie Wiesel sent a commemorative letter and speeches by Ella Schmidt, a 10th grader at John Burroughs School and Gloria Feldman, a Holocaust survivor, noted the impact and importance the museum has made not only in their lives but also to every one who visits. As Ella noted, hers is the last generation who will have the chance to meet survivors, such as Feldman, and learn in person what it means to Jews when we say “never again.”

To view both speeches, go to stljewishlight.com/hmlc20.