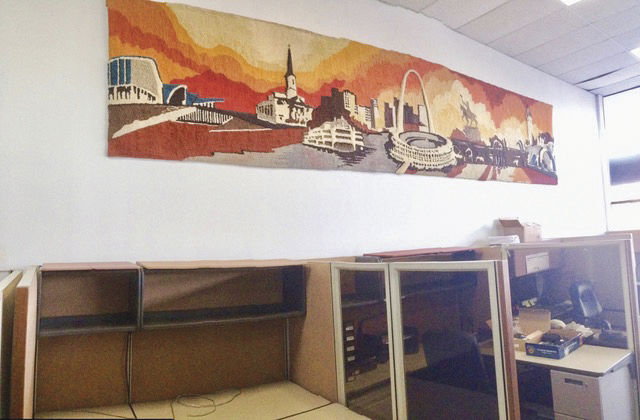 As you might have noticed through a series of “Bobapalooza” advertisements in the Jewish Light, we’re throwing a party for Editor-in-Chief Emeritus Robert A. Cohn on Oct. 30. You’re invited, of course.

The party will take the form of a special section dedicated to all things Bob. Its timing coincides with three milestones he’s celebrating in 2019: his 80th birthday, his 50-year tenure at the Light and receiving, on Nov. 21, a Media Person of the Year Award given by the St. Louis Press Club.

Each of these achievements is something in and of itself — that all three are happening in the same year, well, if you know Bob, you know the guy is nothing if not an overachiever. At 80, his body may be slowing down some, but his mind and photographic memory continue to amaze family, friends, colleagues and readers. Having Bob as a resource at the Light for all things Jewish in St. Louis — and in Israel — is like having a human encyclopedia at one’s disposal.

Bob estimates that in his 50 years at the Light, he’s interviewed at least 50,000 people. All I know is that he tapes most of these interviews, with a big, clunky tape recorder he bought during the Johnson Administration. Only Richard Nixon may have recorded more conversations than Bob, though I’m willing to wager probably not. And Bob is something of a pack rat — let’s just say he never met a newspaper he didn’t want to store for a year or two or 50.

Anyhow, if you’d like to acknowledge Bob’s milestones as well as his many contributions to our Jewish community, feel free to submit a tribute and send a personal note to Bob for publication in the Oct. 30 Bobapalooza issue. To do so, call Michelle Arbuckle at 314-743-3675 or do so online at www.stljewishlight.com/bob.

Marsha and David Schuman are hoping to find a good home for their one-of-a-kind art piece depicting iconic venues of St. Louis, both old and new.

The art piece is actually a tapestry, measuring 4 feet in height and 20 feet in length, which the Schumans proudly displayed, for 28 years, on the walls of their business, Damar Travel.

The tapestry boasts vibrant colors depicting current and past St. Louis venues, including the old Busch Stadium and Admiral riverboat, as well as Lambert airport, the Old Cathedral, the downtown cityscape, the Gateway Arch, Union Station, the art museum, the Milles Fountain, and of course, the statue of Louis IX in Forest Park, representing the namesake of St. Louis.

“What I always liked best about the tapestry is that no matter where our customers were traveling — Africa, Canada, Mexico — they could look at the tapestry and be reminded that they would be returning to their home in St. Louis,” said Marsha Schuman. She and her husband are now retired, live in Creve Coeur and attend Congregation Shaare Emeth.

The St. Louis tapestry is made of thousands of carpet loops creating a bas relief effect. “If you look at it from the side, you will see dimension. It’s not a flat surface,” explained Marsha.

Ken Weaver was commissioned in 1978 to design and create the piece for Community Federal Savings and Loan’s new headquarters in Des Peres. The piece was made to be hung in the executive boardroom. The government’s Resolution Trust Company sold all assets of Community Federal in 1990, which is when the Schuman’s purchased the piece. (Edward Jones now occupies the former bank headquarters.)

Besides the tapestry’s large size — it resides under the Schuman’s pool table — the couple wants to sell the piece to help their daughter, a wife and mother of three who has multiple sclerosis. Marsha says her daughter is on an experimental drug for MS that costs $350,000 a month.

“This medicine has been a godsend and is really helping her. But it’s experimental and we don’t know how long they will give it to her,” said Marsha. “When you’re disabled you can’t do as many things as you’d like. With three kids and a husband who travels for work five days a week, it’s been really hard. We want to help her as much as we can.”

If you’re interested in knowing more about the tapestry, including its sale price, email Marsha at [email protected]

The Consumer Financial Protection Bureau (CFPB) defines a payday loan as a “short-term, high-interest cost loan, generally for $500 that is typically due within two weeks.”  Borrowers that are in between paychecks, lack credit, have not been able to build up an emergency reserve fund and need cash for emergencies use these loans.  A few examples are: a car repair to get to work, utility bill or unexpected medical costs and medications.

Payday loans are attractive to borrowers because so little is required to obtain one: a residential address and a checking account. A good credit rating is not needed. Payday lenders charge a flat rate of $15 to $30 per $100 borrowed.  So individuals can wind up in a debt trap, in which they have to borrow money to pay off the first loan and then each successive loan, incurring a fee and additional interest each time the loan is rolled over.  Missouri is one of the few states that does not cap the interest rate so that, in some cases, borrowers may pay up to a 400 percent annual percentage rate (APR) by the time the loan is repaid.

The good news is that there is municipal legislation aimed at buffering these unfair practices as well as financial products that are better sources for short-term loans.

On Wednesday, Nov. 6, from 8 to 9:30 a.m., a number of Jewish organizations are sponsoring “Program-Payday Loans: Sins and Solutions.” The free session will take place at the Kaplan Feldman Complex, 12 Millstone Campus Drive, and a light breakfast will be served.

• Tishaura Jones, treasurer for the City of St Louis, who will address “Framing the problem of Payday Lending”;

• Cara Spencer, alderwoman and executive director of the Consumers Council of St. Louis, who will discuss “Municipal Regulation of Payday Lending”;

• Jill Schupp, state senator, who will talk about “Legislative Progress on Capping the Interest Rate on Payday Loans”;

For more information, and to register, go to www.jcrcstl.org or email [email protected]