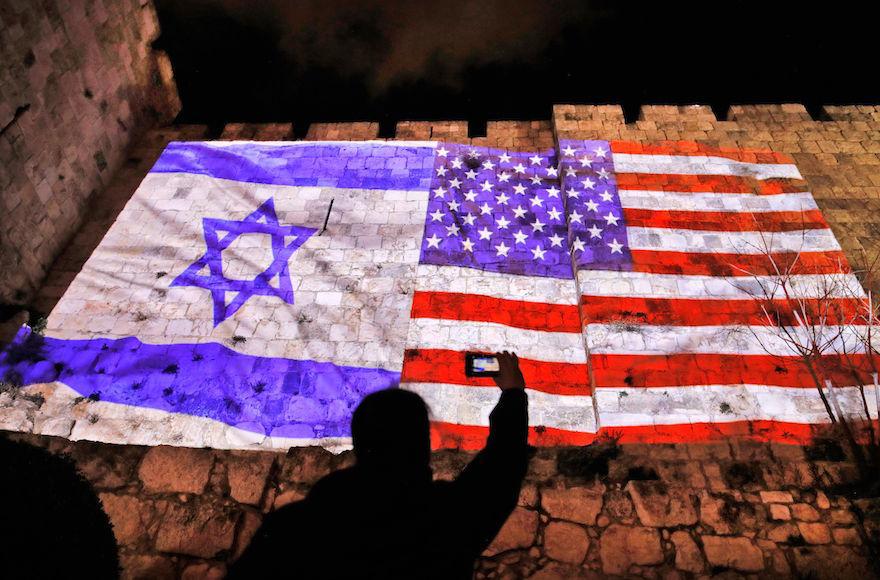 A picture taken on December 6, 2017 shows a giant US flag screened alongside Israel’s national flag by the Jerusalem municipality on the walls of the old city. US President Donald Trump recognized the disputed city of Jerusalem as Israel’s capital on December 6, 2017, and kicked off the process of relocating the US embassy there from Tel Aviv. The old city lies in the eastern part of Jerusalem which was under Jordanian control from Israel’s creation in 1948 until Israeli forces captured it during the 1967 Six-Day War, and Israel later annexed it in a move not recognised by the international community. / AFP PHOTO / Ahmad GHARABLI (Photo credit should read AHMAD GHARABLI/AFP/Getty Images)