David Makovsky on “Iran: The agreement, its prospects and implications for the future” 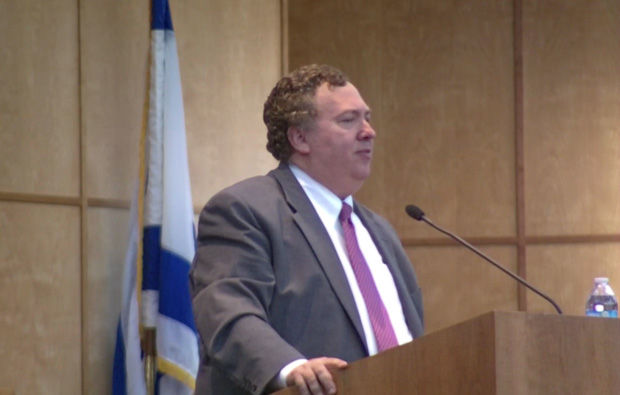 David Makovsky discusses “Iran: The agreement, its prospects and implications for the future” at Congregation B’nai Amoona on Thursday, Aug. 13, 2015.

The event was a special collaboration between the Jewish Federation’s Sh’ma Listen Series and Can We Talk?,  an ongoing news and discussion series presented by the St. Louis Jewish Light, Jewish Community Relations Council and the J. SH’MA: Listen! is supported by the Lubin-Green Foundation, a supporting Foundation of Jewish Federation of St. Louis, and Hank Webber and Chris Jacobs. Can we Talk? is generously supported by the Harvey Kornblum Foundation.