How to get your way in any situation? Here’s what we found works best 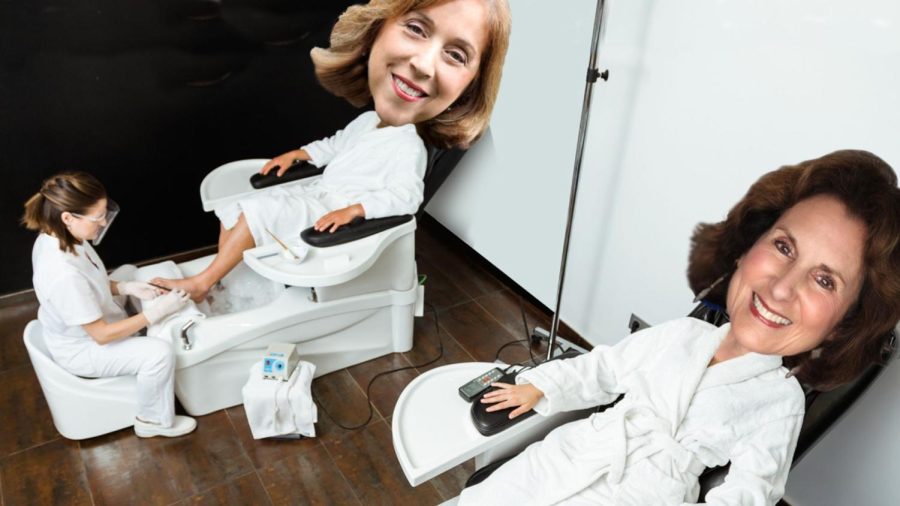 By BARBARA BALLINGER AND MARGARET CRANE

“My Way” was Frank Sinatra’s signature song and reflected his life’s ups and downs. But Sinatra did not have a corner on the “getting my way” market. That’s reserved for a special class of people.

Some of us simply have a knack for getting their way as if it’s almost in their DNA. We are referring to the breed of person who always gets the best hotel rooms or parking spot, a large discount at a luxury spa, a free dinner at a restaurant when service is slower than ketchup pouring from a glass bottle, full cash back for a garment that has been worn but no longer fits, or a return in a drugstore when the lip gloss purchased and used makes your lips feel like they’re coated with glue.

It’s a talent. Those who are proficient have a script, stick to it, or alter when necessary. Margaret’s late husband had this gift. He could always get a bill reduced if unfair, an appointment when he needed it, an airline agent when requested, a discount on an item or a deal, points when he lobbied for them, the best hotel rooms, great seats on planes, terrific tables at a restaurant, a good price for a car or home repairs.

Can this be taught? Learned? Is it even worth it? Both of us are loath to confront and prefer to just settle—“okay, okay, that’s fine” rather than get into a war of words. We both think it requires so much energy and time emailing, texting, smiling, schmoozing.

To hone what Margaret describes as her rather lame skills in this area after she was swindled by a treadmill repair guy a few years ago, she did some research. She asked a few people who shine in shtick how they do it. Collectively, they revealed, “It’s about being determined—not backing down–and charming in this game of wits and win.” One person said with a straight face, “People just want to please me. I’m not sure why.”

Barbara doesn’t like to be confrontational, but she slowly has learned on her own as a single to try speaking up more and see the results. She attempts to do so kindly but if that fails, she is learning to go gutsier. She also tries not to preface comments with “I’m sorry but…” since we have learned that too many women do that, feeling insecure about what they want and feel they deserved.

For example, when her “lawn guys” do a poor job, which has been the case in recent months, she no longer tells the boss that she’s sorry about complaining after repeated comments but tells him directly. “It happened again. Can you please train them to take more pride in their work?” The tactic is beginning to work. Same goes for her daily newspaper delivery, which frequently doesn’t arrive.

Be determined but not disarming. Your hotel room faces a parking lot and another building. You say: “This is my wife’s birthday, and I wanted this hotel stay to be special.” Not: “The room is terrible, and I demand a new room or my deposit back.”
Pick only one complaint and stick to it.Do not meander. Don’t throw in the “also the room is dirty and smells of smoke. We wanted a higher floor.” Just focus on one issue to help the other person focus on one solution that will benefit you.
Charm the other person first and establish trust.Remember you catch more flies with honey. Say, “Hi, I really like the way you handled my room reservation on the phone, but I am upset that the room has no view. What do you think you can do for me?”
Have a decoy so the other person is not focused solely on your return or complaint.Here’s how this works. A friend brings her dog. A salesperson says: “He’s so cute. What kind of dog. What’s his name?” Pet. Pet. You say: “I want to return these pants.” She’s so busy playing with your dog that she doesn’t even look at the pants. “No problem.” Money returned.
Avoid saying too much.Only answer the questions you are asked; what many lawyers tell loquacious clients. When returning a pair of pants, don’t volunteer to say, “These pants were worn only once,” if not asked. Just say, “I’d like to return these.” And stick to that.
Offer options.If your entrée is overcooked, call the manager over. Explain, you asked for it rare. See what he suggests and if you don’t like his suggestion, offer yours. “Please bring me another entrée or comp me for this part of the meal.”
When you’ve won your case, be kind and effusive with your thanks but not too over the top because you don’t want the person to renege. And certainly, you are not looking for that person to become your next best friend.
If you don’t get your way, there is recourse.Write a critical review on Yelp. Post something on FB or Twitter and hope you get your comeuppance. But remember before you do, consider that it may have been an off night in the kitchen. Everyone is working so hard and now having so many problems securing help. It’s better we think to send an email or call and give them a chance to do better.

And for full disclosure, here are our new strategies that worked. After some good online detective work, Margaret found the treadmill repairman and threatened to post something nasty on Yelp. She even called his former employer to get his address, just in case she decided to go to small claims court. Margaret then enlisted a guy friend to call him with a sort of threat. Sadly, sometimes, it’s the guy’s voice that still works magic, but we women are learning to speak up and be heard. The repairman refunded some of the money which was good enough for Margaret at the time.