Starting conversations about the last thing we want to talk about 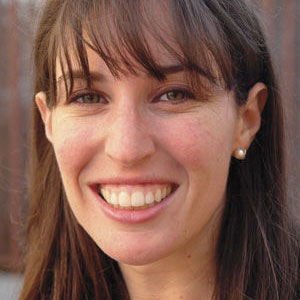 BY DAVID LAUGHER, SPECIAL TO THE JEWISH LIGHT

Rabbi Jessica Shafrin would like to start a conversation even if she knows that the topic of death isn’t one people are always eager to broach.

That’s where the Conversation Project comes in. Over the past year, the Kol Rinah congregant has been hosting workshops around the community, including a recent one this month at Congregation Shaare Emeth, to get people thinking about the inevitable. Though the elderly or terminally ill are welcome at the events, Shafrin, who has served as a community chaplain at Jewish Family & Children’s Service since shortly after she came to St. Louis from Atlanta in 2016, said that the initiative’s goal is to reach younger people as well and spur them to talk to loved ones and make their own end-of-life plans.

“I think what’s wonderful about this program is that it is really for anybody,” said the New York native who, in addition to her work at JF&CS, sometimes fills in as a chaplain at Ranken Jordan Pediatric Bridge Hospital. “I would love to see everyone in St. Louis and the Jewish community talking about what they want. The reality is that younger people do not want to talk about their deaths and do not want to plan for that. But it is better to plan early and then review the process.”

Can you explain more about the Conversation Project?

The Conversation Project’s goal is to have people starting to talk about their end-of-life goals. The Conversation Project itself is out of Boston. It is nationwide. They’ve put together what is called a starter kit, which walks individuals through end-of-life-care decision making and empowers individuals to talk with loved ones and share their feelings about end-of-life care so they know what they want. My goal is to present this in a Jewish lens so during our workshops we do some Jewish text study. We also use a piece that I’ve written about [applying] Jewish values to end-of-life-care decision making. What I find is that a lot of individuals want to make Jewish values [play a role] in this process and want to feel empowered that they are living the values that are important to them throughout their lives.

When did you become involved in this?

I first heard about the Conversation Project in January 2017 and brought it to Jewish Family & Children’s Service a year ago December. Our goal was that we really wanted people talking about the taboo topic of death. It is something that society tells us not to talk about. Then, when it comes time to make decisions and make plans, it is often too late in the process.

What is your background?

My background is in chaplaincy, and that is where I encountered a lot of individuals in hospitals in trauma situations where their loved ones were needing to make last-minute decisions. I’ve seen it firsthand cause a lot of stress and distress to the individuals and the family second-guessing their decision. That’s why I wanted to be able to help people plan for the future.

What do you do in your work at JF&CS?

I visit community members who are living in a variety of different situations —elder care facilities, assisted living, independent living, skilled nursing. I meet with them individually and provide Jewish programs for holidays and Shabbat. For example, this morning I was at two skilled nursing facilities celebrating Purim and Shabbat in both locations.

What’s next for your efforts in the Conversation Project?

We did workshops in five locations in 2018 and we just did our first one in 2019 at Shaare Emeth. We are planning on having more. We don’t currently have any scheduled, but we are hoping to get some on the books shortly. Our goal is five a year.

How do you get people to speak about this issue?

We start by talking about somebody else’s death. What I find is that if we are not talking about ourselves, it is an easier way to open the conversation. We start in small groups. I call them pods. After a quick introduction, they are given the story of Jacob dying and gathering his children around him and giving them his final wish, which is where he wants to be buried. With the story, they are given questions about what it is that’s happening in the story. Then it opens up to questions to reflect that in terms of themselves, how they relate to the story … how they would like to die, who they would like to be around them, what activities would they want to be performed close to death.

What is the biggest challenge to getting people to talk about their own death?

I have to say it has been wonderful to see how quickly people open up to this conversation. I thought at first it would be a challenge to have people talk openly, transparently and vulnerably about their deaths. But they want to immediately jump into the questions about themselves which is to me the goal of the whole thing. … What I thought would be a challenge is not really a challenge at all.