Mitzvot from the Heart: Henry Rosenblum 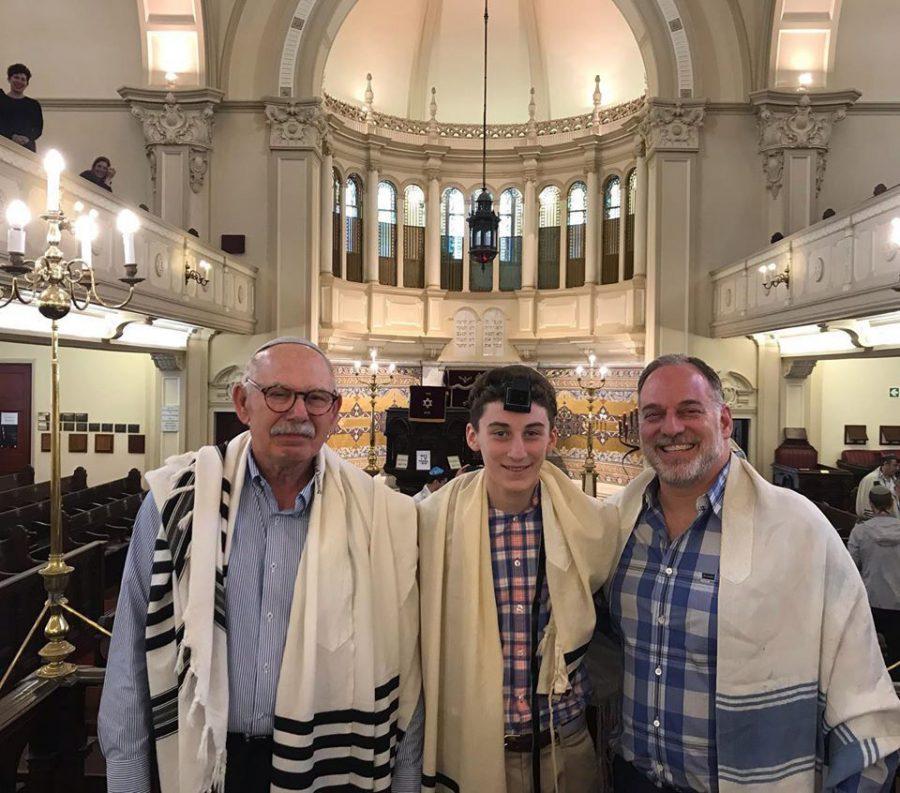 Henry Rosenblum is flanked by his grandfather, Doron Berger (left), and his father, Steven Rosenblum at the Garden Shul Synagogue in Cape Town, South Africa.

Mitzvot from the Heart is compiled by Elise Krug

Henry Rosenblum followed what is now a family tradition: a bar mitzvah abroad.

Henry’s eldest brother, Myles, became a bar mitzvah in Jerusalem, joined by extended family on both sides. Then Spencer, the middle son, traveled with his family to Budapest, Vienna and Prague where they visited Jewish sites in each city and ended with a ceremony in the Jubilee Synagogue in Prague.

Henry’s parents, Steven and Andrea Rosenblum of Clayton, wanted to combine the family’s love of animals (he worked at the St. Louis Zoo for eight years), with their love of travel and settled on Cape Town, South Africa for their youngest son.

Henry celebrated his bar mitzvah in Cape Town on Dec. 24, 2019 with a traditional service held at the historic Garden Shul Synagogue. Some of the family’s South African cousins joined the Rosenblums, along with 12 family members from the U.S.

For part of his mitzvah project, Henry chose to participate in Pack for a Purpose to give back to the community which was so welcoming to him and his entire family. A student at Wydown Middle School (starting eighth grade this fall), Henry collected books, soccer cleats, socks, pens, pencils, markers and other supplies from friends, family and neighbors in the U.S. These supplies were delivered to the Backpack Hostel accommodation center to help support several youth group projects with which they were involved.

“I really liked the idea of assisting in this way; to help children in the area have the opportunity to play sports and participate in arts and crafts, just as I am able to do at home in the U.S.,” said Henry.

Pack for a Purpose’s mission is to positively impact communities around the world by assisting travelers who want to take meaningful contributions to the destinations they visit and expand their generosity beyond their own communities.

After spending five days in Cape Town, Henry and his family visited Zimbabwe and went on a safari, visiting several camps in Botswana and Zambia, where he was also able to leave school supplies for a local school in Livingstone, Zambia.  It was the trip of a lifetime that Henry hopes affected many other lives, too.