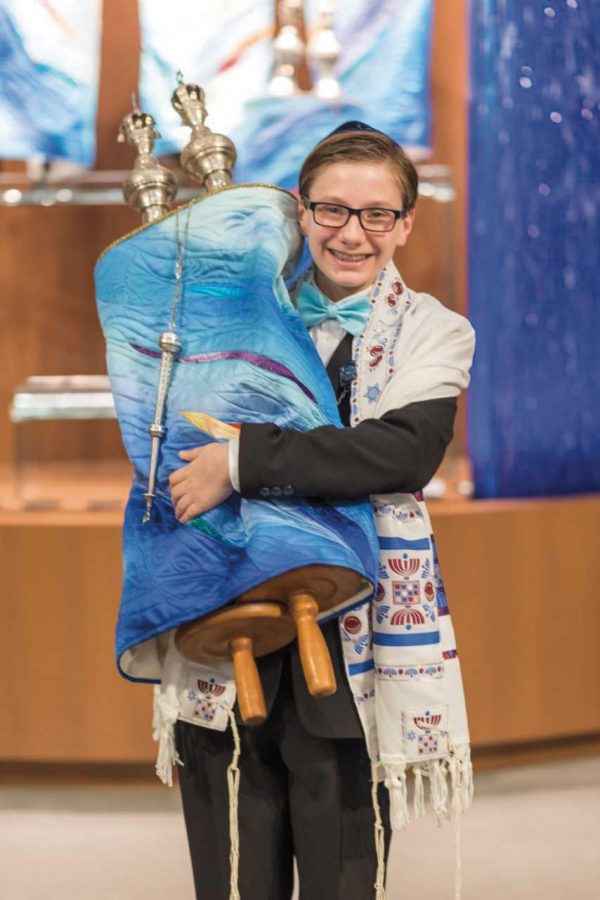 Brian Isele, son of Colleen and George Isele, strongly believes that nobody should ever have to go hungry.

As a young boy, Brian’s parents made him aware that many people do not have enough food to feed their families and about the mitzvah of donating food. Over the years, he has participated in the Boy Scouts Scouting for Food program, Shaare Emeth’s food donation table during the High Holy days and has served food to the homeless men at the Peter and Paul Shelter.

For his mitzvah project, Brian arranged a food drive at his school, Parkway West Middle, to support the Parkway Pantry. The Parkway Pantry is a social service organization and student-learning lab run by the district’s social workers and 7th-grade teachers and students at Northeast Middle School. Other students, like Brian, and volunteer groups in the district and beyond make the food pantry possible through their donations and volunteer hours. The pantry mission is to send food home for the weekend to each child signed up in the program.

Although the food drive lasted just one week, Brian spent a few weeks preparing for it; making connections, getting permission from his school counselor, creating colorful signs to hang around the school and placing two to three boxes by each grade level counselor’s office. He also was allowed to publicize it during morning announcements.

At the end of the drive, Brian collected seven boxes filled with food. “I liked seeing that people were participating and that the boxes filled up,” he said.

Diane Peterson, a district social worker, said, “Brian’s food drive was important to us because our food supply becomes depleted over the summer. His efforts will ensure that the pantry is stocked when school starts, so we can begin distributing bags as close to the start of school as possible.”

Mitzvot from the Heart is compiled by editorial and Development Associate elise Krug. To have your child’s mitzvah project featured, email elise at [email protected]