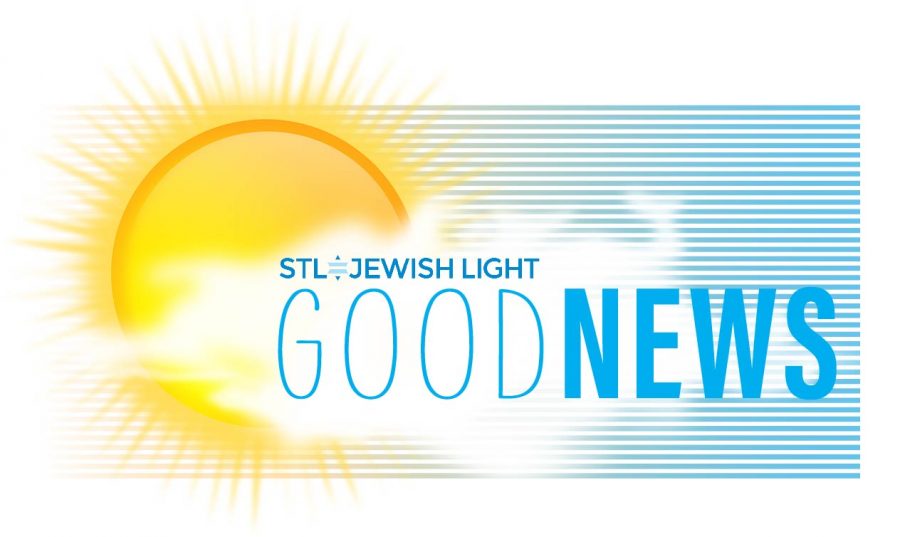 Dear St. Louis Jewish Light readers. We’re trying something different here, and would like your feedback. There is so much good news around the world, but it doesn’t necessarily involve Judiasm.  Would you like to see one or more “Good News Stories” a day, even if they have no Jewish tie? Let us know in the comments below. Also, please consider taking our content survey to help us serve you better. Click here for survey.

Gertie had been missing for five days, after her owner says she ran into the woods and did not come back.  Connie Frick, told told WXIX she made posters for the missing dog and put them around her neighborhood. On Sunday morning, a nearby homeowner heard dog cries coming from their garage wall and called the Cincinnati Fire Department.

When firefighters arrived they discovered Gertie fell down a crevice that resulted in the dog being stuck in between concrete walls, according to WKRC.

“There was no way to lift the dog out of the crevice and so it was determined they would have to breach the concrete block wall with saws and a sledgehammer,” the Cincinnati Fire Department said in a statement. The fire department posted video of the rescue on Facebook.

“This run ended in a happy reunion and a job well done by Truck 20!” the post read.

The rescue effort took about 10 minutes before Gertie was rescued by firefighter Jenny Adkins and reunited with her owners. It also resulted in about $1,000 worth of damages according to the Cincinnati Fire Department. The department believes Gertie was stuck inside the wall for the entire time she was missing.

Frick told WXIX her dog did not have any visible injuries but seemed tired.

“It was just so sweet, just wagging that little nub tail, and she was just so, she was so excited,” Frick said.