The incredible story of “Carl’s 2¢ Plain” 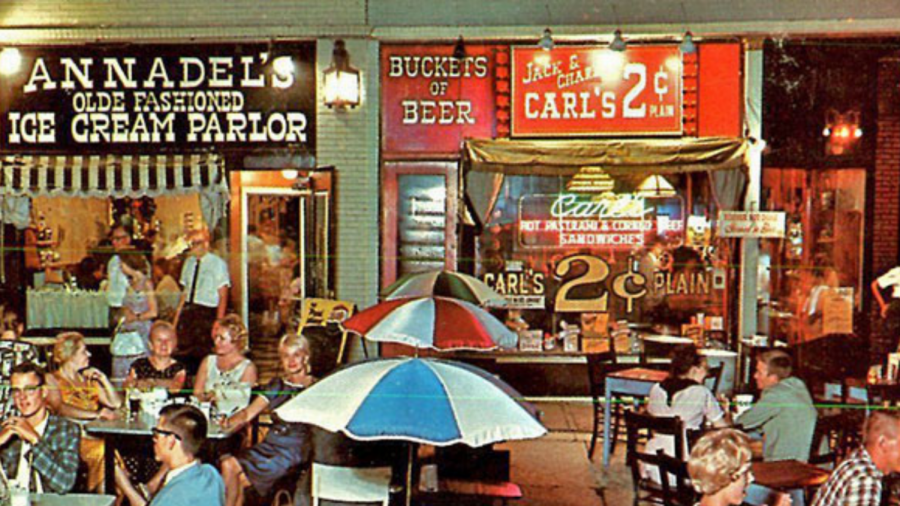 Have you ever wondered what happened to that restaurant you once loved and have memories of dining at with your family and friends? We did! There is an amazing website called Lost Tables, dedicated to celebrating the restaurants of our past. We are partnering with the site’s creator Harley Hammerman and celebrating these wonderful stories. Hammerman and his wife Marlene are members of Shaare Emeth

In 1947, Isadore Faier sold his delicatessen to Louis Carl. Carl and his family received a month’s training and then began running the deli on their own.

Carl’s Delicatessen prospered; in 1961, it moved just west into a larger space at 6633 Delmar. All four Carl children worked at the deli with their parents, although it was William (Bill) who became his father’s right-hand man.

Louis Carl died in November of 1964 at the age of 68. His wife Anna had died the year before and his son Bill had already taken over management of the business.

In 1969, Bill Carl lost his lease in the Delmar Loop and moved Carl’s Delicatessen to the corner of Clayton and DeMun in Richmond Heights, across the street from Cyrano’s.
Jack Carl
Jack Carl, the youngest of Louis Carl’s children, dropped out of Soldan High School to work at his father’s deli in the U City Loop. Before that, he had worked as a busboy for his Uncle Max at Carl’s Cocktail Lounge.

Carl was drafted into the Army during the Korean War. He was assigned to the infantry and sent to Korea, where he became a cook.

After the war, Jack Carl returned to the deli business. He opened Carl’s Food Shop in 1957 at 7731 Clayton Road, just east of Lake Forest Pasty Shop. A second Carl’s Food Shop was opened in 1958 at 8501 Delmar, just east of McKnight. However, both delis were short-lived. The Clayton location closed in 1959 and The U City location became a Lazy Susan in 1964.

The Golden Eagle and Opera House were much larger establishments than Jack Carl’s 2垄 Plain. In an effort to drive him out of business, they started selling pastrami sandwiches for 65 cents. Carl charged a buck. When the 65-cent sandwiches didn’t put him under, they dropped their price to 50 cents.

Carl sought an injunction, telling the judge he didn’t trust the two big joints to make legitimate pastrami sandwiches because he had been in each establishment late at night and seen the way the bartender poured whiskey from the cheap bottles into more expensive bottles. Carl won.

Jack Carl took his neighbors to court a second time when they turned off the electric lights in the rear of his deli, making it difficult for customers to find their way to the restrooms. Carl testified that the darkened restrooms were part of a campaign of harassment by the owners of the Golden Eagle and Opera House, intended to force him out of business. He countered their move by furnishing his customers with flashlights.
On The Move
In 1962, Carl moved away from his pesky neighbors. He relocated six doors east at 4239 Olive, opening “Jack & Charlie Carl’s 2¢ Plain” with his brother. The new deli was next door to Annadel’s Ice Cream Parlor and across from the Crystal Palace.

Entertainers playing at the Palace used to pop across the street for sandwiches; many of them became regulars. When in town, Milton Berle would come in every night for a tongue sandwich. Senator Abraham Ribicoff, who didn’t like the food at the old Jefferson Hotel, would have Carl drop off lox and cream cheese for breakfast. 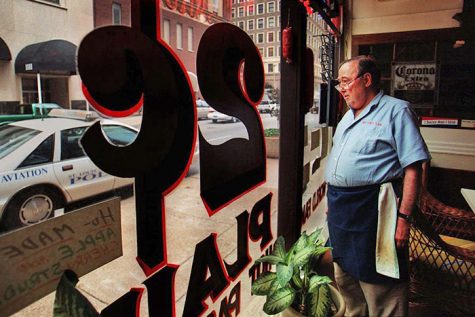