Moroccan Tagine of Chicken with Prunes, Apricots and Almonds 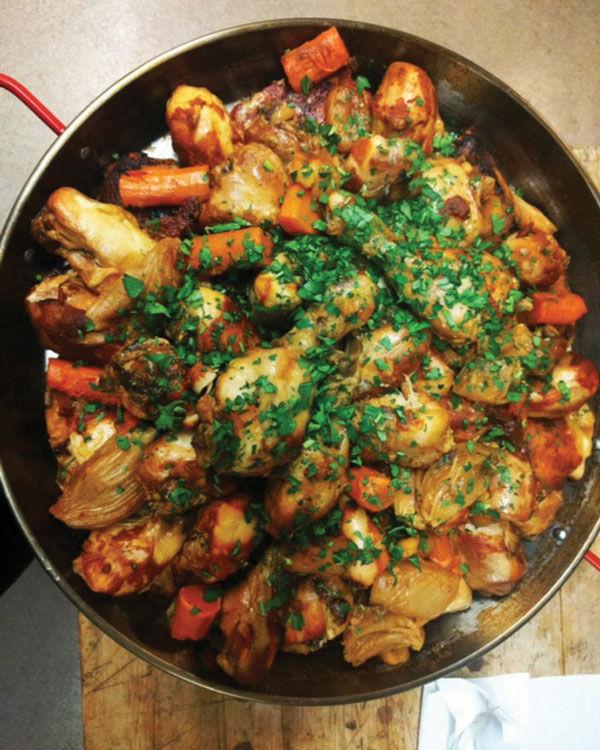 (Adapted from Quiches, Kugels, and Couscous by Joan Nathan)

and pulp discarded, for garnish (optional)

Heat oil in a large lidded pot (or in a tagine if you have one).  Add onions and sauté over medium-low heat until tender and golden.

Meanwhile, season chicken pieces with plenty of salt and pepper, and sprinkle with cinnamon.

Push onions to the sides of the pan and add the chicken pieces. Sauté over medium heat until browned on both sides.

Add prunes, raisins, apricots, saffron mixture, cumin, paprika and 1 cup of water to the pot. Bring mixture to a boil, stir and cover pot. Reduce heat to a simmer and continue to cook for about 40 minutes, or until chicken is cooked through and most of the liquid has evaporated. (Lift lid occasionally to make certain that the pan is not dry, adding a bit more water, when needed.)

Just before serving, toast almonds on a small, dry skillet until golden and aromatic. Scatter almonds and preserved lemon rind (if using) over the tagine. Garnish with parsley and serve with quinoa, if desired.