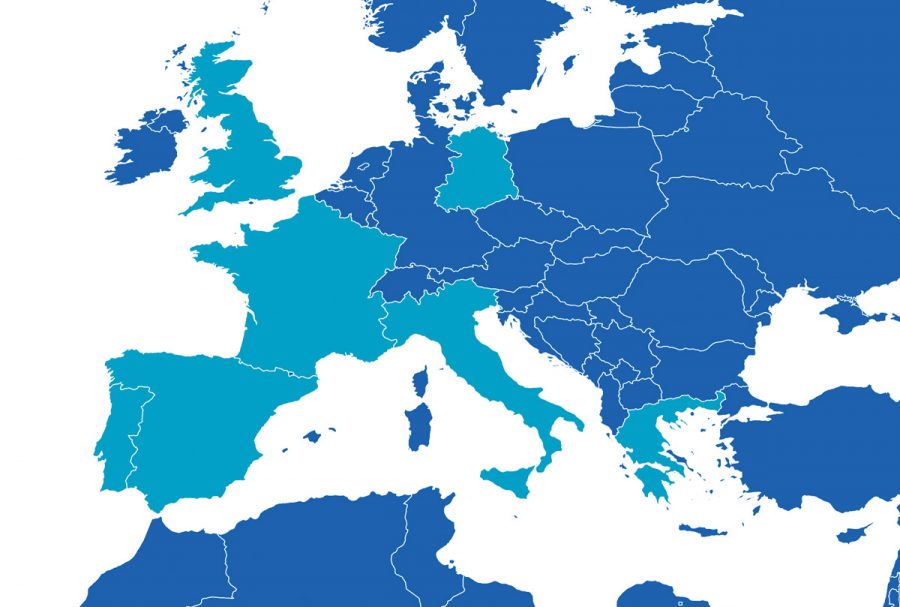 In Portugal, Spain, Italy, France, England, Greece and Poland, Jewish dishes and culinary traditions from past Jewish communities live on.

BY MARGI LENGA KAHN, SPECIAL TO THE JEWISH LIGHT

Our people have faced centuries of anti-Semitism and expulsions. For example, in 1290, we were expelled from England. In 1349, the Black Death pushed us out of Germany. In 1492, the Spanish Inquisition drove more than 200,000 Jews out of Spain. It is surprising then, that many of our culinary traditions from those eras continued to thrive in those countries. Indeed, often even the original Jewish names for those foods remain the names of those foods.

In Extremadura, Spain, Medieval Jews created Torta del Casar, a cheese thickened with thistle rather than rennet. Because it is an animal product, making this cheese with rennet would not have been in keeping with the laws of Kashrut. This cheese, which is aromatic and made during the spring, is unique in that it is spooned from a hole cut from the top of the rind. And today it remains a favorite of that region.

A popular ingredient for Spanish Jews was pumpkin, a squash regarded as peasant food by non-Jews. A recipe for Cabello de Angel, pumpkin puree, originated in the city of Murcia in what was once the Jewish quarter of Lorca. Today, this same puree is used throughout Spain as a filling for tarts and cookies.

Other pumpkin dishes traveled with Jews who settled in Syria during the Diaspora. There, pumpkin pancakes, kibbet yatkeen, and pumpkin-filled borekas remain popular with the predominantly non-Jewish population. The Jews would also carry their love of pumpkin to Italy, where it is used as a popular filling for raviolis and tortellini.

Jews not only introduced Italians to the culinary potential of pumpkin; they also created Carciofi alla Guidia (Jewish-style artichokes), which are double-fried, crisp and uniquely delicious. Once found only in the Jewish ghetto of Rome, this distinctly Jewish delicacy is now available at Rome’s finer restaurants.

Another Jewish Roman classic, suppli, a deep-fried rice ball filled with stringy cheese and tomato sauce, has become almost as popular as the Sicilian rice ball known as arancini. In addition to finding suppli on restaurant menus in the Jewish quarter, they are sold by street vendors throughout Rome.

The Jews of Greece, before their communities were decimated during the Holocaust, had rich culinary traditions. A popular restaurant in Ann Arbor, Mich., Zingerman’s Roadhouse, pays tribute to a Greek bean salad called fassolia piaz, a salad created by Greek Jews. Made with large white beans known as gigante or butter beans, lots of lemon juice and fresh herbs, the salad is popular as part of a meze (small plates) meal in Greece.

The Jews of East London in the late 1800s adopted the classic British food salt beef but served it on fresh bagels. Today in East London, you can see lines of customers gathered at bakeries to purchase what has become a classic “British” dish: Salt Beef Bagels.

In France, the popular flatbread fougasse, sold at bakeries throughout Provence, originated in the Jewish community. According to Joan Nathan in her cookbook about Jewish culinary traditions in France, “Quiches, Kugels, and Couscous,” this flatbread dough was prepared at home and then brought to communal ovens to be baked for Jewish holidays. I have been baking this beautiful flatbread, formed in the shape of a ladder or a leaf, for years but never knew of its Jewishorigins.

In Poland, where Jewish cuisine included assorted sweet and sour dishes, many believe that the popular stuffed cabbage rolls originated with the Jews of the shtetls. Though cabbage rolls in Poland today are filled with a combination of pork and beef, or just pork, the Jewish community that inspired those rolls filled them with beef and rice, which was in accordance with the laws of kashrut. Furthermore, the popular “Polish” potato pancakes likely originated in the Jewish community.

On a recent trip through Portugal, my husband, Mike, and I were hoping to find evidence of the once thriving Jewish communities in both Lisbon and Porto, where Jews once made up more than 20 percent of the population. Jewish life in Portugal would sadly come to an end in 1536, when the Portuguese Inquisition began. Portuguese Jews were forced to convert, many were murdered, and many moved to Amsterdam and parts of South America. Their communities and synagogues were destroyed. It wasn’t until 1821 that the government formally ended its war against the Jews.

In 1904, the first synagogue was built in Lisbon, and in 1938, in Porto. Since 2014, when Portugal instituted the Jewish Law of Return granting citizenship to Jews with proven Portuguese ancestry, passports have been issued to more than 700 Sephardic Jews, primarily from Turkey and France. These Jews are trying to reclaim their rich Portuguese heritage.

One thing they won’t need to reclaim, however, is a brilliant and delicious culinary invention: alheira. Known around Portugal even today as the Jewish sausage, alheira was designated in 2011 as one of the seven Maravilhas da Gastronomia (Wonders of Portuguese Gastronomy).

Mike and I discovered this Jewish culinary marvel purely by chance. We had booked a food tour in Porto, and the second stop on our tour was at the oldest deli in Porto: Comer e Chorar Por Mais. Our lovely guide, Andreas, gave us a brief history of the Portuguese Inquisition. And because this was a food tour, she went on to tell us about alheira, a beloved sausage, and a product of Jewish culinary genius.

As she explained, many Portuguese Jews were forced to convert to Catholicism. Although they obediently went through the ceremony, many still secretly practiced Judaism. Their neighbors were skeptical of the genuineness of their conversions. Because pork sausages were, and still are, central to Portuguese cuisine, Portuguese Jews realized that one way to convince their Christian neighbors that they were no longer Jews was by eating traditional Portuguese sausages. The only problem: They were still Jews and the sausages were not kosher.

To deal with that dilemma, they created a Jewish sausage. They filled their sausages with poultry, duck, various kosher game meats, bread and spices, and stuffed the filling into beef casings rather than pork casings. They smoked the sausages, and hung them inside their windows, just as their Christian neighbors did. Today, those Jewish sausages are still being made and enjoyed by the non-Jewish gourmands in Portugal.

Guess what? Those sausages, flavored with garlic and just a bit of hot pepper, are delicious. And kosher.

To honor a Jewish culinary heritage that has continued to flourish around the world in countries that had expelled our people even centuries ago, I decided to create one of those dishes. I confess I was not up to grinding and seasoning various meats and stuffing the mixture into sausage casings (the beef intestine variety) as our Portuguese ancestors did back in the 1500s. But that Greek bean salad seemed enticing and easy to put together.

Gigante, also known as butter beans or large lima beans, are mild and creamy and are an excellent source of complex carbohydrates, protein, fiber, antioxidants and iron. You can purchase the beans dried, canned or frozen at many groceries. I prefer using the dry variety. I find that they more fully absorb added flavors. However, you can substitute canned or frozen beans in my recipe below.

Though dry beans must be presoaked, you can do so the night before. Put the beans into a medium bowl and add enough cold water to cover the beans by 4 inches. Cover the bowl with wax paper and leave the beans to soak overnight at room temperature. The next day, rinse the beans in a strainer under cold water and then proceed with the recipe below.

If you have forgotten to soak the beans, here is another alternative. Put the beans in a medium saucepan, fill the pan with enough cold water to cover the beans by 4 inches. Bring the mixture to a boil, reduce the heat to a simmer, and then cover the pan let simmer for two minutes. Remove the pan from the heat and let stand covered for one hour. Rinse the beans in a strainer under cold water and then proceed with the recipe above.

Margi Lenga Kahn is the mother of five  and grandmother of five. A cooking instructor at the Kitchen Conservatory, she is working on a project to preserve the stories and recipes of heritage cooks. She welcomes your comments and suggestions at [email protected]

Place soaked beans in a medium pot. Add enough cold water to cover beans by 4 inches. Stir in bay leaf and bring mixture to a boil. Immediately reduce heat to maintain a simmer. Simmer beans uncovered for 1½ -2 hours, or until they are tender to the bite. Add more water, as needed.

While beans are cooking, make lemon vinaigrette. Whisk together remaining ingredients in a small bowl; set aside.

When beans are tender, drain them and transfer them to a medium bowl. Let the beans cool for five minutes, and then gently fold in the reserved lemon vinaigrette. Taste, adding more salt, pepper and lemon juice as needed. Garnish with some freshly chopped parsley just before serving.

Note: The finished salad can be made in advance and kept covered in the refrigerator for up to three days. It can be enjoyed cold or at room temperature.