End of an era? Kohn’s Kosher Meat and Deli for sale 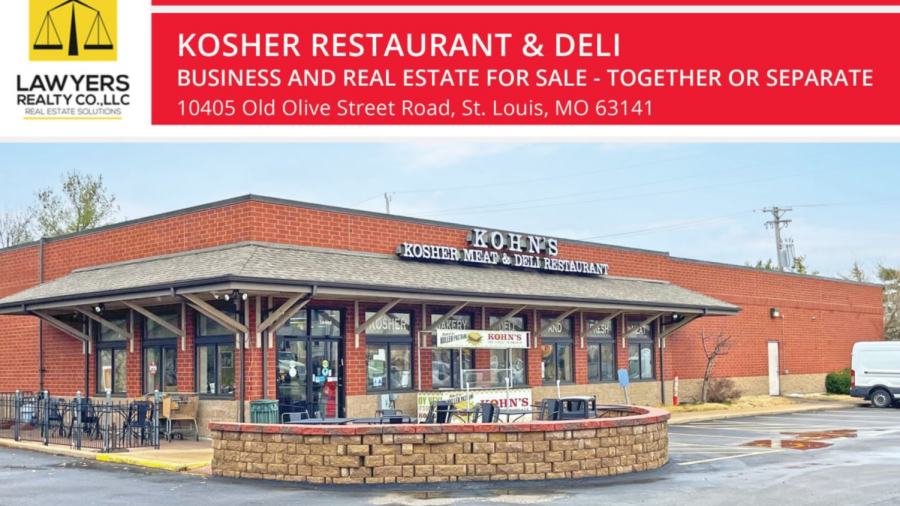 What, no more killer pastrami sandwiches?

That may come to pass as the only freestanding full-service kosher grocery left in St. Louis, Kohn’s Kosher Meat and Deli, is for sale.

Listed by Lawyers Realty Co. LLC, the 59-year-old business is listed at $875,000 while the property, situated on an acre lot, is going for $1.4 million. There also is an option to buy the business and lease the building at 10405 Old Olive Street Road. Co-owner Lenny Kohn said he would also consider offers for the building only.

“I’ve been doing this for a long time and I’m just ready to not retire but do something at a smaller scale,” said Kohn, who said none of his three adult children is interested in taking over.

“They all have their own professions,” he said, adding that the same is true of his sister’s two children; Kohn owns the business with his sister, Rosemary Kohn Cooper.

The two took over for their parents, Simon and Bobbi Kohn, who started the business in 1963.

Lenny Kohn, who is 64, has had the business listed for sale for several years, albeit quietly, though “no one has jumped in,” he said. He realizes a buyer may choose to use the property for something other than a kosher grocery and deli, adding that “whatever the result will be, will be.”

“Most cities don’t have businesses like mine because they aren’t diversified enough to survive against the chain stores and Trader Joe’s, Costco and Albertson’s,” said Kohn. “Right now, my business is better than it ever has been. That’s what bothers me. It’s great to sell it but if I don’t have any takers over X amount of time, it bothers me just giving a business away.”

“It’s a great livelihood for a whole family plus the staff,” he said. “You can walk in and make a great salary from Day 1.”

David A. Wright, chief deal officer for Lawyers Realty, is handling the sale. For more information, contact him at 314-422-1689 or at [email protected]