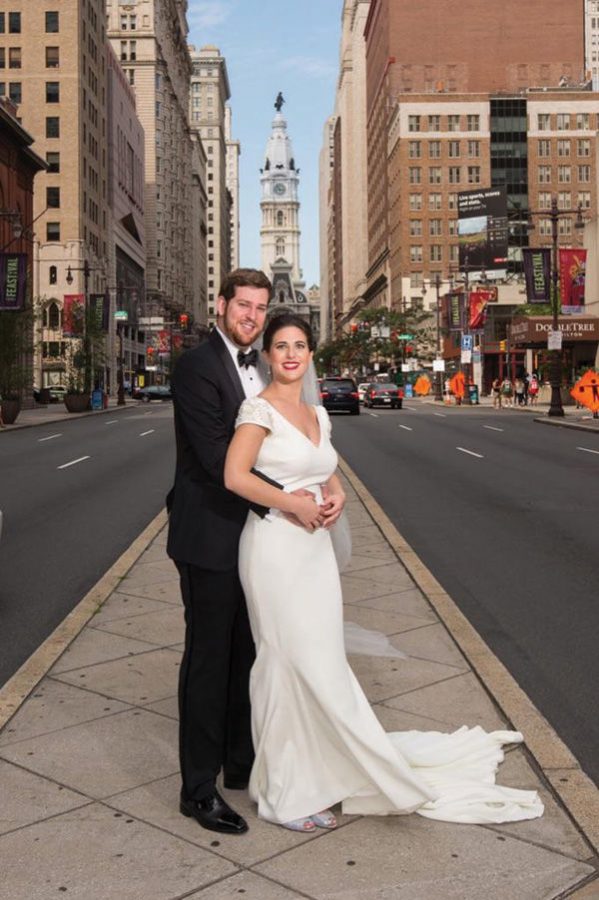 Mia is the granddaughter of Eva Weiss of Herziliyah, Israel and the late Mordechai Weiss of Haifa, Israel, and the late Elsie Karp of Ft. Lauderdale, Fla.

Rabbi Mike Uram, executive director and campus rabbi of Hillel – University of Pennsylvania, officiated at the wedding, which took place at Vie in Philadelphia.

Nastaran Hakimi, childhood friend of the bride, served as maid of honor. Bridesmaids were Alison Wittels, the groom’s sister; Katie Hilton and Ali Bogdonoff, friends of the bride; and Amanda Rosen and Stacey Rosen, cousins of the bride.

Isaac Blum, a college friend of the groom, served as best man. Groomsmen were Joby Bernstein and Jimmy Bernstein, cousins of the groom; Kevin Trimble, Brad Benjamin and Brendan Blaney, friends of the groom.

Sarah Meisel and Sadie Meisel, cousins of the groom, served as flower girls.

Ushers were Jennifer Hoguet, Laura Leonard and Katie Bernstein, cousins of the groom; as well as Ariella Mutchler, sister of the bride, and Ted Johnson, brother-in-law of the bride.

Danny and Mia have planned a honeymoon in Chile and Argentina later this year.

Danny and Mia met as classmates at the University of Pennsylvania’s Graduate School of Education. Although their romance didn’t start immediately, a strong friendship did. The two spent time together after their History of Higher Education class and eventually began to date. After graduating from Penn, Danny moved back to St. Louis briefly but soon returned to Philadelphia and their relationship grew. Danny proposed to Mia in August of 2015, using their dog, Pepper, as the vehicle for delivering an engagement ring.