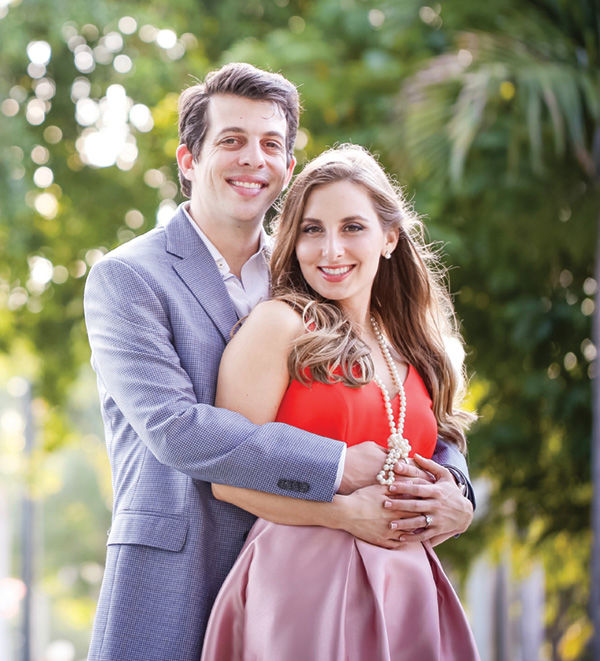 Arielle Schultz, daughter of Daniel Schultz and Lisa Schultz of Boca Raton, Fla., and Coby Grand, son of David and Judy Grand of St. Louis, have announced their engagement.

Arielle is the granddaughter of the late Aurelio Vigna and Audrey Vigna of Boynton Beach, Fla., Dr. Robert and Terri Schultz of Plantation, Fla., and Jessica Schultz of Hollywood, Fla.

Coby is the grandson of Mitch and the late Lois Grand and Eugene and Joan Kraus, all of St. Louis.

The bride-to-be is a graduate of Spanish River High School in Boca Raton, and the University of Florida in Gainesville, where she earned her Bachelor of Science degree in Food Science and Human Nutrition. She is currently attending the Charles E. Schmidt College of Medicine at Florida Atlantic University.

Her fiancé is a graduate of Ladue High School. He earned a bachelor of arts degree in political science from Tufts University in Boston, and a master of science degree in human genetics from Tulane University. He is currently attending the Charles E. Schmidt College of Medicine at Florida Atlantic University.

The couple met during their first year of medical school.