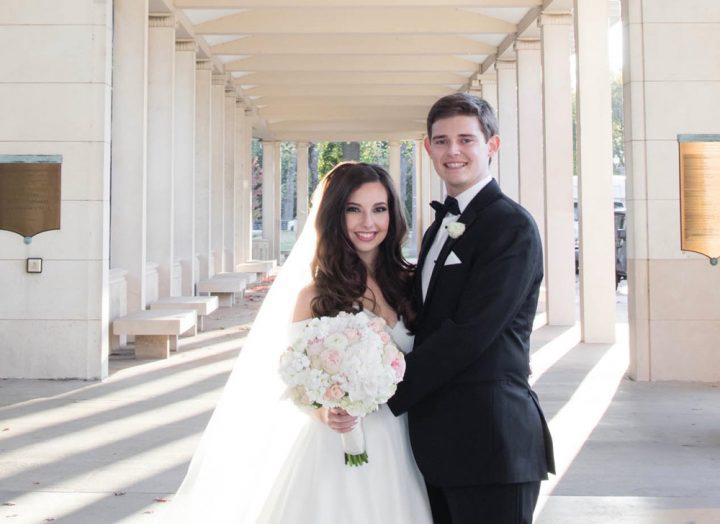 Sara Lynn is the daughter of Mimi and Marty Levy of Chesterfield, and the granddaughter of the late Jean and the late Bernard Kaplan, and Elaine and Jerry Levy.

Sarah Rudolph, the groom’s sister, served as Matron of Honor. Bridesmaids were Hannah Hausmann, Leah Kaplan and Shira Kaplan, cousins of the bride, as well as Melanie Gavril, Paige Mandelman, Jessica Sherman and Mary Louise Pope, friends of the bride.