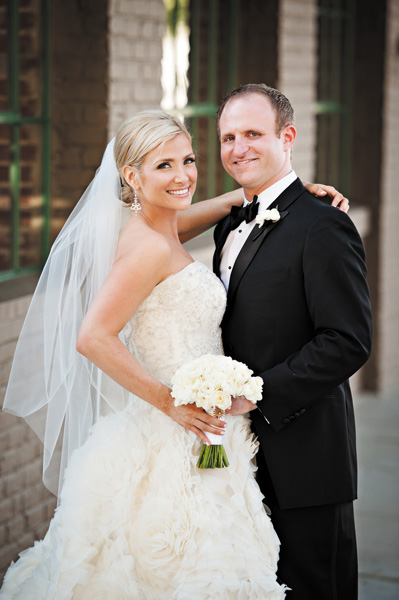 Lauren Renee Kraselsky and Gregory Phillip Cohen were married Oct. 13, 2012 at The Foundry at Puritan Mill in Atlanta.

Lauren Renee Kraselsky, daughter of David and Donna Kraselsky of Mountain Brook, Ala., and Gregory Phillip Cohen, son of Dr. Bruce and Betsy Cohen of St. Louis, were married Oct. 13, 2012 at The Foundry at Puritan Mill in Atlanta, Ga.; Rabbi Jonathan Miller and Cantor Jessica Roskin of Temple Emanu-El in Birmingham, Ala. officiated.

The bride chose her sister Kathryn Kraselsky Held of Birmingham to serve as “Princess of Honor.”  The “Best Man Ever” was the groom’s brother, Scott Andrew Cohen, of Chicago.

The couple met while serving on the Junior Executive Board of Camp Twin Lakes for children with disabilities.

Following a wedding trip to Anguilla and St. Barth, the couple will reside in Atlanta.