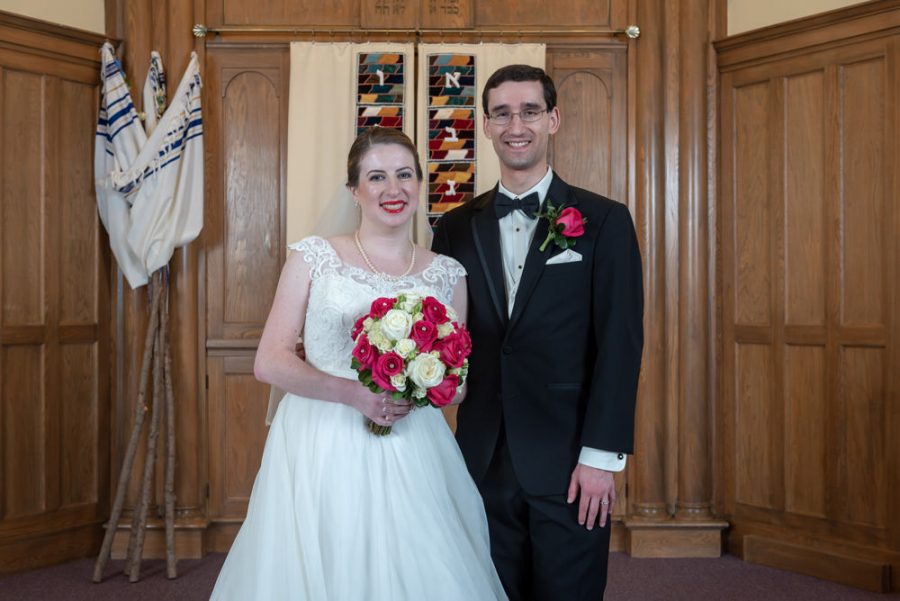 Emily is the daughter of Kate Scheinman and Larry Goldberg of Dubuque. David is the son of Steve and Jeanette Jolly of Chesterfield.

David and Emily met in Madison, Wis., in September 2015 at a Jewish young adult event. They sat next to each other at dinner and continued to talk throughout the evening. The next night they went out on their first date, going bowling and singing at a karaoke bar.

On April 14, 2017, Emily and David traveled to Dubuque to visit Emily’s family and attend Temple Beth El’s annual Passover seder. They arrived at the temple early, along with Emily’s parents and brother, to help set up for the event. When they arrived, David asked to see the sanctuary to see how it would work out for their future wedding. Once they made their way to the bimah, David pulled out a ring, got down on one knee and proposed in front of Emily’s family. Of course, Emily said yes, and 15 months later, the couple returned to the temple for their wedding.

Emily and David reside in Chesterfield.