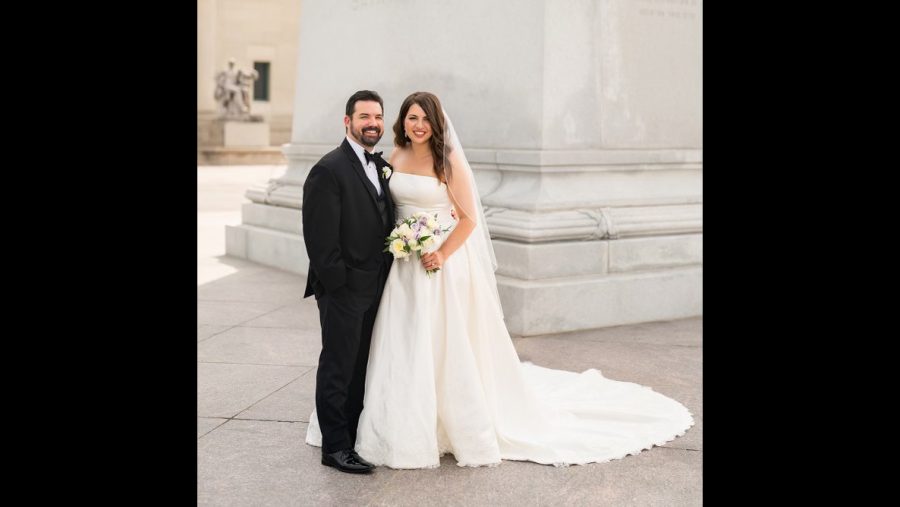 Andrew is the son of Debbie and Roger Hunt of Manchester and the grandson of the late Mary Catherine Andereck.

Andrew Sommer served as Best Man. The groomsmen were friends Matt Specter and Mason Poelker, as well as the groom’s brother, Patrick Hunt, and the bride’s brother, Scott Gershenson.