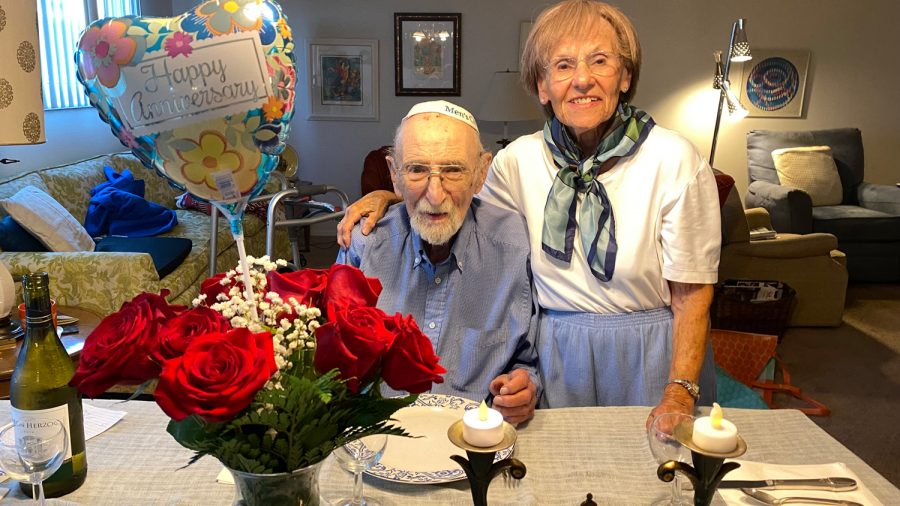 This great couple met many years ago through Marion’s brother, Israel, while Jerry, from New Jersey, was at Washington University. He went on to podiatry school in Chicago after a steamy (very hot outside!) wedding on August 19, 1951. They returned here for him to practice podiatry and Marion to use her degree from Harris Teachers College.

They have both been very active in the Jewish community, the synagogue Shaare Zedek, now Kol Rinah, and the community at large for all their years together. They have many relatives and friends who have been a part of their happy life here.

“They are wonderful role models on how to make love last for 70 years,” said daughter Joyce Olshan. “We love them.”