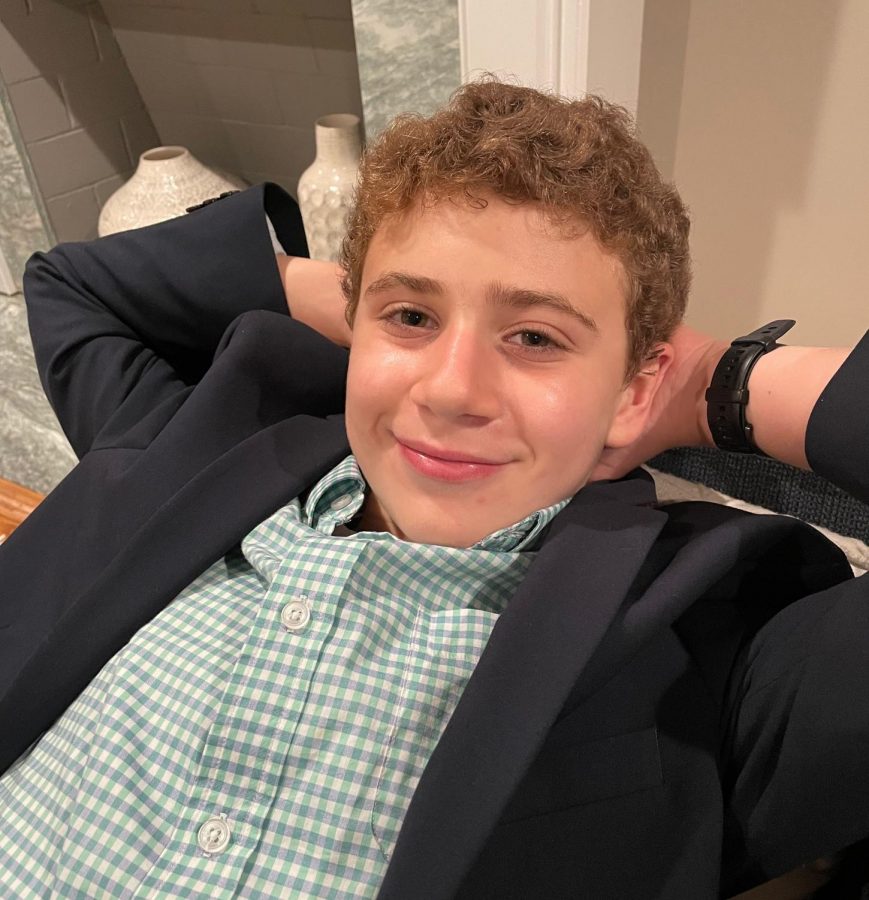 Sam has one younger brother, Tucker Abeles, who is 11.

Sam loves acting and his other interests include cross country, golf and reading.

Sam’s favorite thing in the world is reading and he believes that every kid should have access to books. So he has teamed up with Ready Readers for his mitzvah project. Sam has been writing letters to publishers and bookstores across the country asking them to donate books and has already received hundreds from several generous publishers and distributors. Ready Readers is a nonprofit organization that gives books to children and schools in low-income communities.