Whoops, Whoopi: The Holocaust is all about race 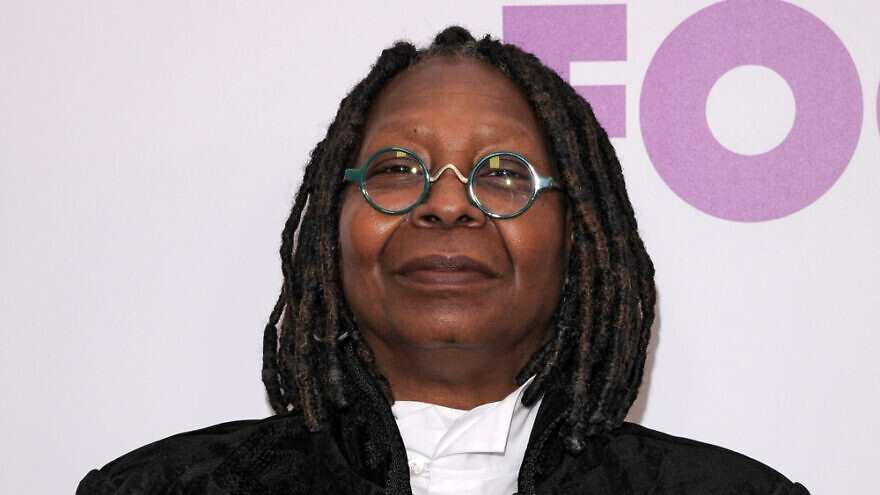 (JNS) Whoopi Goldberg has got herself into a terrible mess. She was suspended from her role as co-host of ABC’s “The View” talk show after saying that the Holocaust wasn’t about race. It was instead, she said, about “man’s inhumanity to man” involving “white people doing it to white people.”

She insisted: “It’s about how people treat each other. It’s a problem. It doesn’t matter if you’re black or white, Jews … everybody eats each other.”

This was clearly idiotic. The signature characteristic of German Nazism was that it set out to exterminate Jews as a race, identifying them as targets for annihilation on the basis of even a tenuous ancestral connection with Judaism.

Attempting to apologize in the ensuing storm, Goldberg made things even worse. Saying she had now learned that “Hitler and the Nazis considered Jews to be an inferior race,” she then told Stephen Colbert on his late-night comedy show that the Nazis had lied and actually had issues not with race but with ethnicity, which caused further outrage and prompted another apology. 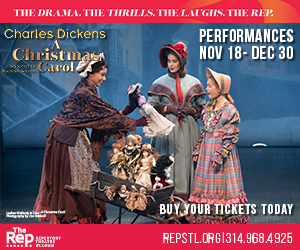 This furor should not be dismissed as merely an ignorant celebrity making stupid and offensive remarks. For Goldberg didn’t arrive at these views in a vacuum. They reflect twisted attitudes held by an alarming number of people, but which are generally glossed over because these people are black.

Goldberg tied herself up in this unedifying knot because of her assumption that racism isn’t racism unless it is directed by white people against black people.

This reflects critical race theory, the radical doctrine that frames individual identity in terms of skin color and holds that all relationships are defined by power. Identifying that power with economic or political success, it maintains that white people are powerful and therefore victimizers while brown or black-skinned people are their powerless victims.

Racism, under this dogma, is defined not as bigotry by one group against another but as bigotry with power. Therefore, black people can never be racists. And because this viewpoint also holds that the Jews control white society, they are seen as powerful and therefore white, even when they are dark-skinned.

So under this pernicious theory, Jews can never be victims.

The West is currently consumed by epidemic anti-Semitism because of the rise of radical politics in three areas: the Muslim world, the left and the black community.

The Western left, in thrall to Marxist ideas based on the belief that capitalism means oppression and that the Jews are behind capitalism, have been captured by the “Palestinian” narrative of Israelis hell-bent on domination and enslavement.

And the black community has lurched into very troubling attitudes towards the Jews. In 1998, a survey by the Anti-Defamation League showed that African-Americans were significantly more likely than white Americans to hold anti-Jewish beliefs.

Some commentators believe that black resentment was fueled by the fact that, although Jews and black people had both started at the bottom of society, Jews had made it to the top while African-Americans had been left behind.

In recent years, the rise of critical race theory and intersectionality has put rocket fuel behind the belief in large sections of the black community that the all-powerful Jews pull all the strings behind government and society.

In 2018, Trayon White, a Washington, D.C., city councilor, blamed snowy weather on the Rothschilds—and was reported as seeming genuinely perplexed when it was explained to him that this had anti-Semitic undertones.

Rap song lyrics have frequently used anti-Semitic tropes about Jewish money and power. In 2020, black celebrities came out with a string of anti-Jewish tropes such as that Jews controlled the media, wanted to “extort America” and aimed to achieve “world domination.”

Numerous public figures continue to lionize the head of the Nation of Islam, Louis Farrakhan, despite his repeated conspiracy theories about Jewish power and “Satanic” Jews.

Last month, Rev. J. Herbert Nelson, a top Presbyterian church official, marked Martin Luther King Day by equating Israel’s presence in the disputed territories with slavery and implying that American Jews had the influence to get the U.S. government to end the “occupation.”

But the most significant of Goldberg’s lamentable remarks was her statement that the Holocaust was about “man’s inhumanity to man.” For this reflects the dominant culture of universalism and its distaste for stressing the particulars of a culture on the basis that such distinctions are innately prejudiced and racist.

In accord with this doctrine, Holocaust education itself has been relativized. Programs and memorials designed to educate people about this civilizational cataclysm claim that it targeted many others alongside the Jews.

What the Holocaust teaches us, say these materials, is the peril of treating people as different, of “othering,” of hating—and that everyone is capable of all these things.

But this misses the point by a mile. The Holocaust was unique in the way it singled out the Jewish people alone for worldwide annihilation. That’s why the treatment of the Jews was different from the Nazis’ undoubted persecution of other groups. It was only the Jews who were to be wiped from the face of the earth.

But universalism won’t admit this because of its deep reluctance to acknowledge that the Jews are unique in any way.

Many Diaspora Jews subscribe to universalist thinking. They also believe that their safety depends upon not claiming a unique record of suffering in order to avoid provoking yet more resentment at their supposed specialness.

As a result, Jews have been at the forefront of relativizing and therefore diminishing the Holocaust. Seeking to conform to “anti-racist” orthodoxy, they claim that anti-Semitism is one of many different types of racism.

But anti-Semitism is not racism. The Nazis linked anti-Semitism to race on spurious scientific grounds drawn from social Darwinism, eugenics and pagan mythology.

In fact, they were merely channeling the malignant attitudes towards Jews that have existed since antiquity in many different genres, including theology, Marxist socio-economic theory and today’s anti-Zionism.

In National Affairs, Ruth Wisse, the former professor of Yiddish and comparative literature at Harvard, has charted the dark side of Holocaust education. The main problem, she writes, has been teaching that the Holocaust applied equally to Jews and other groups targeted by the Nazis, such as the Roma, disabled people, Slavs, Communists, Jehovah’s Witnesses, homosexuals and others.

Although these groups certainly were targeted by the Nazis, the categories are not compatible. Nazi anti-Semitism was “an ideology, a movement, and a strategy that organized politics explicitly against the Jews.”

As a result of this fundamental conceptual error, she writes, the U.S. Holocaust Memorial Museum, for example, “depoliticized, de-historicized and universalized a political and historical process to prevent teaching anti-Semitism or the war against the Jews.”

And as she notes, teaching about hate to prevent hate only results in the wish to direct blame and hate against “designated alien or undesirable groups.”

The result is the current epidemic of anti-Semitism. Attacks on Jews in the West have reached record levels, and far outstrip attacks on any other group.

In the New York area, there has been a string of anti-Semitic attacks. On a street in Brooklyn last month, two Jewish men, one wearing an IDF sweatshirt, were calleddirty Jews and punched in the face. Last weekend, a truck driver shouted at Jews in Brooklyn, “Go back to your f*****g country, let Hitler kill you.”

In the ultra-Orthodox London area of Stamford Hill recently, there have been repeated attacks on Jews in the street. And a disproportionate number of all these attacks are being committed by people who are not white.

The mess Whoopi Goldberg has created is the outcome of a culture that now wants to cancel her along with the evidence of its own culpability.

Melanie Phillips, a British journalist, broadcaster and author, writes a weekly column for JNS. Currently a columnist for “The Times of London,” her personal and political memoir, “Guardian Angel,” has been published by Bombardier, which also published her first novel, “The Legacy.” Go to melaniephillips.substack.com to access her work.