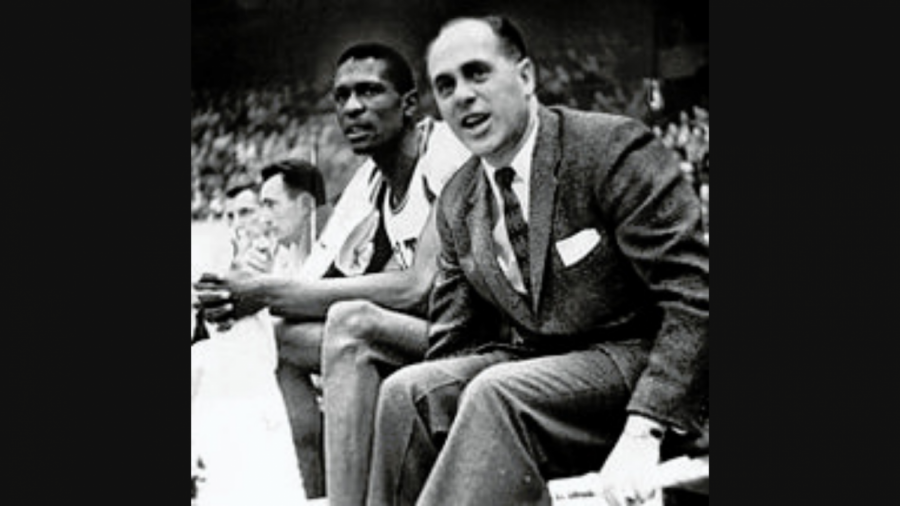 Since we are from New Jersey and spend lots of our time in New York, we don’t have much love for Boston’s professional sports teams.But we do have a lot of love for a Boston icon, the greatest basketball coach of all time, Arnold “Red” Auerbach, in all his cigar-chomping glory.

Oh sure, Phil Jackson has a chance to overtake Red on titles. But good luck trying to top Auberbach’s streak: nine NBA championships in ten seasons, including an amazing eight straight.

And if Jackson ever catches Red, we could always add Auerbach’s championships as general manager, bringing his total to 16. Would that be cheating? Perhaps a tad. But anything for a Jew. Even one from Boston.