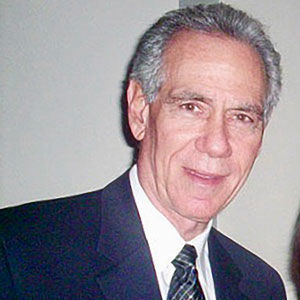 Art Shamsky will be speaking at the Jewish Book Festival Wednesday, Nov. 6 at 7 p.m.

It is hard to get your arms around the fact that it has been a half-century since the 1969 New York Mets evolved from the “Lovable Losers” of Major League Baseball to the “Miracle Mets” who defied all odds to win the World Series of that year.

Of particular pride for his fellow natives of University City and the high school team for which he played is the fact that one of its star players was our home-grown hero, Art Shamsky. He has just published  “After the Miracle: The Lasting Brotherhood of the ’69 Mets,” written with veteran sports writer Erik Sherman (Simon and Schuster, $28).

Shamsky will be the featured speaker at the Sports Night of the 2019 St. Louis Jewish Book Festival.

Shamsky, a 1958 graduate of University City high, was a Major League player for eight years, including being key to the 1969 Cinderella story of the New York Mets.  What does one do after such a peak experience in a chosen career?  Since his retirement from baseball, Shamsky has been involved in a number of businesses, and has worked as a sports broadcaster at WNEW-TV in New York City and on ESPN as a broadcaster for his beloved Mets.

But “After the Miracle” is not just another celebration of the 1969 World Series victory, which no one saw coming.

Shamsky movingly shares the story of the lasting bonds of friendship that were formed in the years after the great victory—personal ties that not only gloried in the past, but continued through the years, when players became old and afflicted with various illnesses and other challenges, and who sustained one another through deep and growing friendship through the years.

The Light caught up with Shamsky for a phone interview prior to his visit.  In typical Shamsky fashion, he was on a train to visit a sick friend. Excerpts of the interview follow.

How influential was your U. City High School experience to your skill and values as a player?

All my experiences as a kid growing up in St. Louis were great.  When I played at U. City, I think we were up for the state championship. We played at Busch Stadium. Those were great times for me. I remember the excellent baseball coach Dick Greenblatt.

Do you still have family members in the St. Louis area?

Yes, my sister, Dee and her husband, Jack Berman, reside in Chesterfield. I am looking forward to seeing her  and Jack next week.

Among your U. City fellow athletes were Sandy Pomerantz, a star basketball player, and Ken Holtzman, who became a Big League Hall of Fame pitcher.

Yes, Kenny and I played both with each other on opposing teams, and later on the same team. We also worked together in Israel in 2007, managing a baseball league that started in Israel, which also involved Ron Blomberg, another Jewish player, who played for the Yankees.

What was the impact of the Mets victory for American society beyond baseball?

That 1969 Mets team was so iconic in so many ways.  And that’s not to take anything away from the New York Yankees or the St. Louis Cardinals, and all the championships they have won. What we did for the city of New York, and baseball in general at a time when the world was really upside down, with the Vietnam War, street protests and divisions in our society—similar to those we have today—was a much-needed respite, something we could all feel good about.

Fifty years later that team is still the object of great admiration. More books have been written about that team than any other team in sports history. Tell us about your approach to telling the story in “After the Miracle.”

This book is not about the game as such, but about how we all became friends and the camaraderie that developed. Ten members of that team have passed away, and a lot of them at very young ages, including our great manager, Gil Hodges, who was only 47 when he died.

That’s what “After the Miracle” is about: how it felt to go from last place to World Champs in that one season. It is a feeling that is hard to explain, and that’s why we decided to write this book.

You  have said your family growing up was Jewish but not especially religious beyond High Holiday services.  You decided not to play on Rosh Hashanah, following the example of Hank Greenberg and Ken Holtzman.  Why did you make that decision?

It was a difficult decision because we were right in the middle of the pennant race. I was not the most religious person in the world, yet I felt like it was something I just wanted to do. I asked our manager, Gil Hodges, who was a tough, determined manager. He said I should do what I wanted to do and that he would back me up.  It turned out that day we were in Pittsburgh at the height of the pennant race and we had a double-header.  It was a major decision for me to decide to stay out.  Turns out we won both games of the double-header one to nothing. If we had lost, I would probably have gotten some hate mail. So, I was really glad I did it.

Since then, I have had a lot of people come up to me and tell me how happy and proud they are with me for that decision. It didn’t come easy, but people coming up to me with pride means so much to me.  Any time you can affect someone’s thinking in a positive way, you’ve accomplished something.