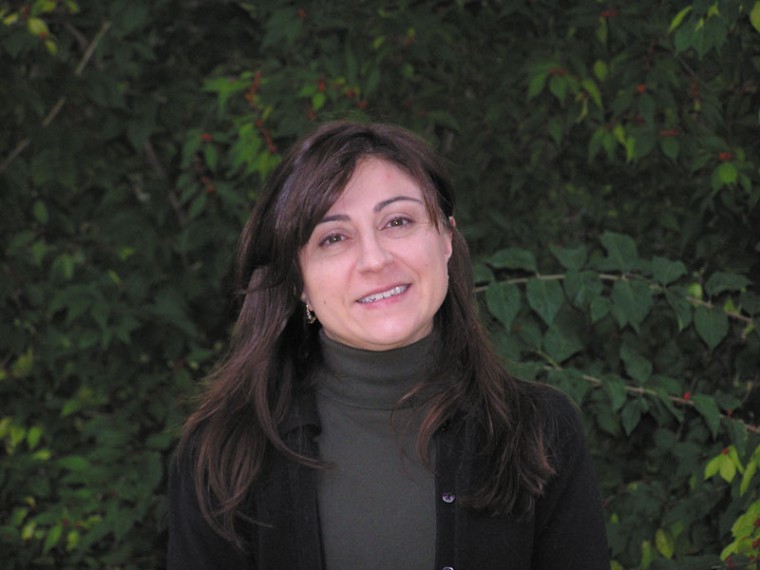 With Earth Day Friday, it may be time to think about…economics.

Kosnik’s areas of expertise include energy economics and environmental economics, with interests in air and water.

Recently, Kosnik was one of several scientists who joined Israeli-born, Academy Award winning actress and mother-to-be Natalie Portman in asking that, as mothers, the Environmental Protection Agency tighten its standards on air pollution from toxic substances, such as mercury, created by industrial facilities and power plants.

The EPA is in the process of reviewing air standards. Mercury is a powerful neurotoxin, emitted by burning coal.

“I think that clear water and clean air are very important for the future, for our children and for the health of our environment,” Kosnik said. “The letter mentioned mercury in particular because it can especially hurt infants and newborns as well as the elderly.”

Kosnik and her husband Logan Mize recently became foster parents to 9-month-old Vincent and hope to be able to adopt him. They are members of the Central Reform Congregation.

So exactly what is environmental economics?

Environmental economics has become a hot field recently and Kosnik is much in demand. Last year, she met with Sen. Claire McCaskill, D-Missouri, when the senator wanted to speak to an environmental economist from Missouri as Congress considered cap-and-trade legislation to address global warming.

“I am in that weird spot where I happen to be in research on things that are in the news right now,” Kosnik said. “I think, in Missouri, I am the only energy environmental economist.”

Kosnik’s list of accomplishments are impressive, but overcoming challenges is something she does. As a child, she was diagnosed with Osteogenesis Imperfecta, a genetic disease that leads to fragile, easily broken bones. After her diagnosis, Kosnik was renamed by a rabbi using Kabbalistic tradition, to give her a fresh start, and added Lea to her original name Rachel. Her mother, instead of overprotecting her, encouraged her to live life and sent her to summer camp, even though it meant coming home with a broken bone every year. Kosnik does not even know how many bones she has broken in her lifetime.

Kosnik won a Fulbright Scholarship to study hydropower in Turkey but while there she was in an accident, resulting in injuries that including a broken pelvis. Facing repeated surgeries, she fought to be allowed return home for treatment. Although warned that she might not walk again, she persevered, went on to earn her doctorate degree and learned to walk again.

Small hydropower has been a special area of research for Kosnik. While the era of large hydropower plants with dams has passed, small hydroelectric power generation, which does not require a dam and has little environmental impact, has promise as a renewable resource.

Kosnik presented some of her research at the Missouri Energy Summit in Columbia, Mo. in 2009. The economist identified at least 30 sites in Missouri that were suitable for small hydropower generation, as part of a larger study evaluation the potential for small-scale hydropower development in the United States.

“We want to try to switch away from fossil fuels to renewables and other sorts of power generation. And that study found that there is potential in Missouri, and across the United States to develop some small scale hydropower, in lieu of fossil fuel use,” she said.

While small scale hydropower alone is not going to solve our energy needs, it has some advantages. “Because it is a mature technology, that we know how to build and put in place now with minimal environmental constraints, it is not a bad short-term strategy until we figure out long-term solutions to switch-off fossil fuels.”

Since 2009, the Jewish Light has used the issue closest to Earth Day to highlight stories involving Jewish groups or individuals and the environment.