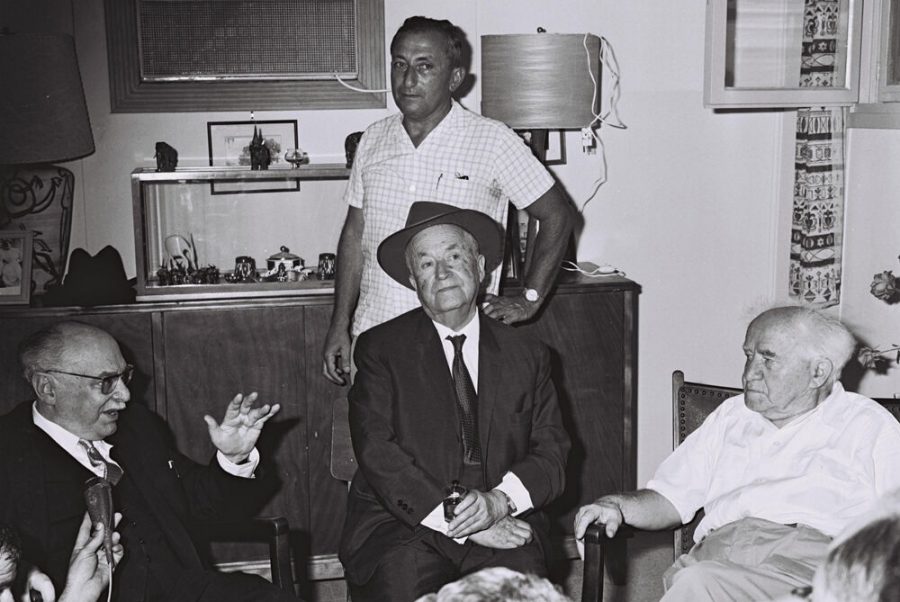 Stef Wertheimer, who becomes one of Israel’s wealthiest citizens with a net worth of $5 billion, is born in Kippenheim, Germany. He immigrates to Palestine with his family in 1937. He serves with the British Royal Air Force during World War II and gains expertise with tools and machinery as an optical technician. In 1952 he founds Iscar Metalworking, which grows into a multinational business bought out by Berkshire Hathaway.

Shmuel Yosef “Shai” Agnon, Israel’s first Nobel laureate, is born in Buczacz, Galicia, now part of Ukraine. He makes aliyah in 1907, lives in Germany from 1913 to 1924, then returns to Jerusalem. Although his early writing is in Yiddish, most of his books are in Hebrew. He is awarded the Nobel Prize in literature in 1966 for a body of work known for commemorating the lost shtetl life of Eastern Europe.

King Edward I orders the expulsion of the Jews from England, where they had settled in significant numbers only in the 11th century. Despite gaining legal protections early in the 12th century, Jews suffered massacres in 1189 and 1190, then were subject to high taxation and other persecution. Edward forces approximately 4,000 Jews to leave; most go to France or Germany. Jews are not allowed to return to England until 1656.

Zionist leader Max Bodenheimer dies five years after immigrating to Jerusalem. Born in Stuttgart, Germany, in 1865, Bodenheimer published his first Zionist article, on whether Russian Jews are a nation, in 1891. He attended the First Zionist Congress, became close to Theodor Herzl, and served as the first president of the Zionist Federation of Germany and as the first Jewish National Fund chairman. In the 1930s he aligned with Revisionist Zionism.

Israel signs an armistice with Syria, the last of four Arab nations to sign such agreements at the end of Israel’s War of Independence. Israel had signed agreements with Egypt, Lebanon and Jordan before opening negotiations with Syria on April 5 under the U.N. mediation led by Ralph Bunche. The armistice does not create permanent borders or lead to peace talks but does create three demilitarized zones between the countries.

Responding to a U.N. request for U.S. Marines to be stationed temporarily in Jerusalem as peacekeepers, Philip Jessup writes a memo to Secretary of State George Marshall on why the United States should say no. Jessup, the acting U.S. representative to the United Nations, argues that the U.S. public would oppose the deployment, it would hurt U.S.-Arab relations, and it would fuel Soviet propaganda.

The militant Irgun bombs Jerusalem’s King David Hotel, the British administrative headquarters in Palestine, as part of a violent campaign to drive the British out of the Land of Israel. Despite warnings phoned to the hotel and to the Palestine Post, the King David is not evacuated, and 91 people are killed, including 41 Arabs, 28 Britons and 17 Jews. David Ben-Gurion is among those who condemn the bombing.