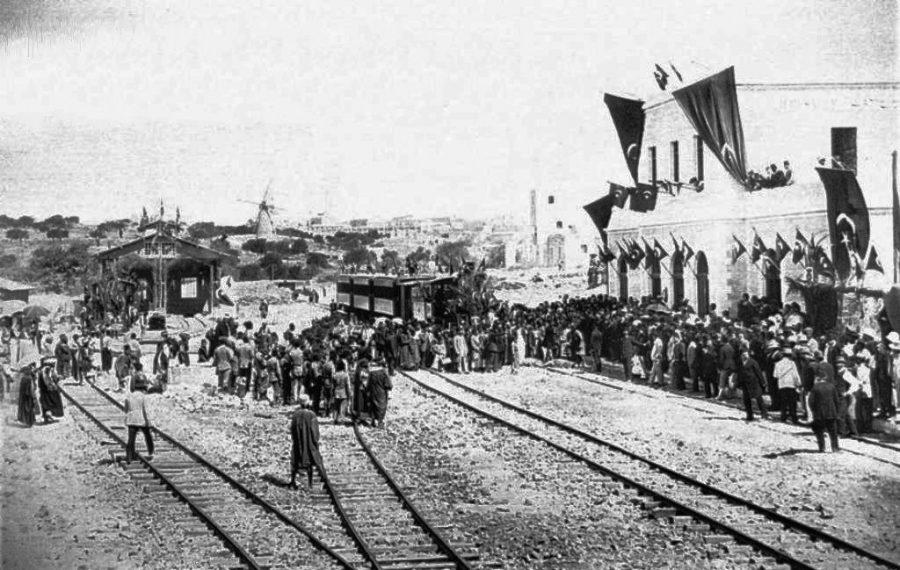 Aug. 24, 1954: Bank of Israel Established • The Knesset passes the Bank of Israel Law on a 55-0 vote with 14 abstentions. The law, which goes into effect Dec. 1, 1954, sets up the Bank of Israel as the central financial authority for the country. The bank is allocated 10 million pounds as its initial capital.

Aug. 26, 1903: Protocols Published • “The Protocols of the Elders of Zion,” the most widely distributed anti-Semitic publication in history, is first published in Znamya, a Russian newspaper. Plagiarizing the dialogue from an 1864 political satire by Maurice Joly, “Dialogue in Hell Between Machiavelli and Montesquieu,” the pamphlet most likely was written in the late 19th century in Paris.

Aug. 27, 1892: Jaffa-Jerusalem Rail Line Opens • The first passenger train arrives in Jerusalem from Jaffa as part of the first railroad project in the Ottoman-controlled Levant, the Jaffa-Jerusalem railway line. The 53-mile rail route reduces travel time from the port to Jerusalem from two days to four hours.

Aug. 29, 1967: Fourth Arab League Summit Starts • The Fourth Arab League Summit convenes in Khartoum, Sudan, and runs until Sept. 1, mostly under the leadership of Egyptian President Gamal Abdel Nasser. Participants agree that all measures should be taken to regain lands controlled by Israel after the Six-Day War and that the oil-rich countries will finance an increased Arab military presence in the region.

— Items are provided by the Center for Israel Education, where you can find more details.