The legendary goalkeeper overcame the fact that he was a captured prisoner of war to win an Englishwoman’s love, the 1956 FA Cup for Manchester City 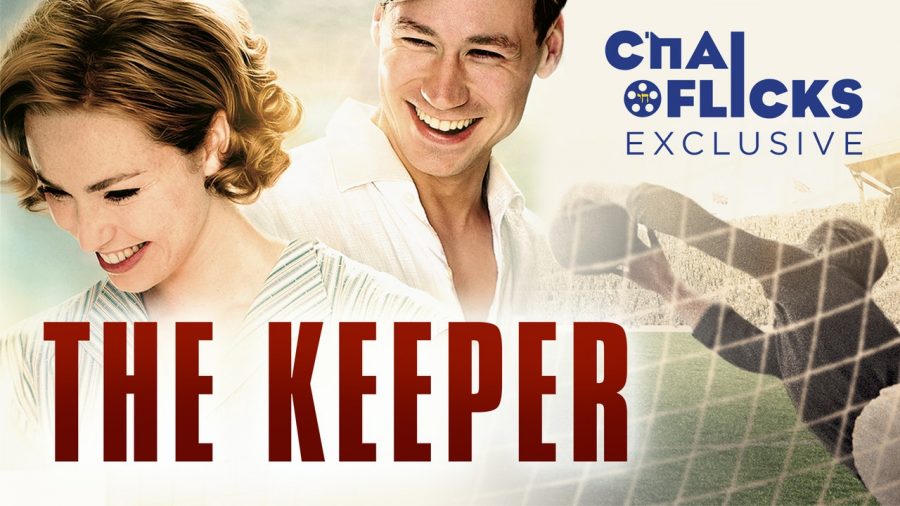 For the first time in over 50 years, England is headed to the UEFA EURO 2020 final! Before you watch them take on Italy this Sunday, watch another incredible English victory in the award-winning film THE KEEPER, now streaming exclusively on ChaiFlicks!
What is ChaiFlicks?
Some have called it the Jewish Netflix, a film and TV streaming platform focused on Jewish-themed movies. It helps that its creators were once in business with the real Netflix.

Neil Friedman, founder of the Jewish-focused distribution company Menemsha Films, said he sold two films to Netflix: the 2015 bakery-set drama “Dough” and the 2016 Israeli film “The Women’s Balcony.” But since then, Netflix has shifted its focus to its original offerings.

In 2017, when Netflix passed on another film that the founders were distributing — “1945,” a rare Hungarian production about the effects of the Holocaust — the idea for ChaiFlicks began.

“We realized then and there that if we were going to have our films on [a subscription video on demand] channel, we would have to initiate our own channel,” Friedman said.

It launchedwith over 150 titles, including feature films, documentaries, shorts and other entertainment, all of it either Jewish- or Israeli-themed. While it doesn’t have nearly as much content, ChaiFlicks also offers something that newer, bigger streaming services like HBO Max and Peacock don’t: It’s available on every major streaming platform, including Roku, Amazon Fire and Apple TV, as well as both iOS and Android mobile devices, in addition to a desktop version. The tech for the site is powered by the video platform Vimeo.

“We have not had any issues with Roku or Amazon,” Friedman said. “We are a small niche streaming service and that has its advantages so as not to affect the preexisting ecosystem in the VOD and streaming worlds.”
The Keeper
Discover the remarkable story of Bert Trautmann (David Kross, “The Reader”), a German soldier and prisoner of war who, against a backdrop of British post-war protest and prejudice, secures the position of Goalkeeper for Manchester City – thanks to the support of a local Rabbi and the love of an Englishwoman (Freya Mavor, “Skins”) – and in doing so becomes a legendary footballing icon.

“Astonishing! The legendary goalkeeper overcame the fact that he was a captured prisoner of war to win an Englishwoman’s love, the 1956 FA Cup for Manchester City and, most difficult of all, the hearts of post-War British soccer fans.” – The Forward

“Excellent! A heartfelt blend of romance and football.” – The Guardian

“Proof that sometimes truth is very much stranger than fiction.” – JTA