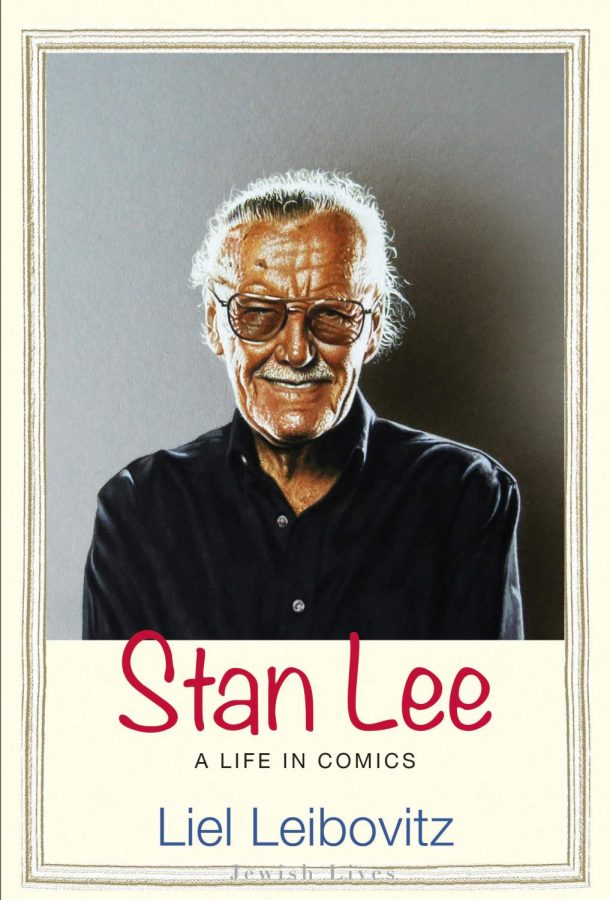 “Stan Lee: A Life in Comics” by Liel Leibovitz

Disclosure: Since my childhood I have been a rabid fan of comic books. At one time, I owned about 1,200 of them, arranged in neat stacks on the windowsills of my room in our Delmar Loop apartment.

With this background, I eagerly asked to review the new biography by St. Louis Jewish Book Festival author Liel Leibovitz’s “Stan Lee: A Life in Comics” traces the remarkable career of the New York Jewish co-creator of Spider-Man, the Hulk, Captain America and other top titles in the Marvel Comics universe. Leibovitz follows Lee from his days as a brash young office boy in a cramped Manhattan suite to his later days as the head of the billion-dollar brand featuring wildly successful superheroes who made the leap from vintage comic books to the silver screen.

Leibovitz is the respected biographer of singer, songwriter and poet Leonard Cohen, as well as a writer for Tablet magazine and co-host of the popular podcast “Unorthodox.”

His Lee biography is the latest in the acclaimed Jewish Lives series, a partnership of Yale University and the Leon D. Black Foundation. Leibovitz approaches his biography of Lee from an intensely Jewish point of view, discussing the biblical and Talmudic influences on his characters, calling the Hulk a possible second Adam or a golem. He compares the often contentious discussions between story creator Lee and artist Steve Kirby with those between first-century sages Hillel and Shammai, who disagreed on nearly everything but were always respectful toward one another and their students.

Leibovitz is the latest example of writers who have evaluated comics from a Jewish perspective. Before the advent of the Marvel comics duo Lee and Kirby in the so-called Silver Age of 1960s, there was the 1930s and 1940s Golden Age team of Jerry Siegel and Joe Shuster, two Jewish high school students in a Cleveland suburb who created Superman, the grandfather of all superheroes, which gave rise to DC Comics, Marvel’s longtime rival and home to Batman, Wonder Woman and the Flash.  The fact that the two major comics empires were each created by two Jewish teams is noted by Leibovitz, who writes of “Jewish critics, who have spent decades and spun a cottage industry arguing about just what new mythologies constructed by American Jewish artists owe to the old ideas of their religion.”

Lee, born Stanley Martin Lieber (1923-2018), “attended synagogue habitually where he celebrated his bar mitzvah and was active in its drama club, but none of the above is sufficient to confer on him any rabbinic-like familiarity,” Leibovitz writes.

Another possible factor in the predominate role of Jews in the comics industry is anti-Semitism. Jews with writing or illustrating skills had a hard time finding work at silk stocking mainstream magazines but were welcomed by the DC and Marvel firms, which were largely owned by Jews.

Lee was rewarded for his long career when Spider-Man, the Hulk, Iron Man and the Fantastic Four came to the big screen with the launch of the Marvel Cinematic Universe in 2008. Lee is credited in each of these films, and he made cameo appearances in several of them, similar to those of Alfred Hitchcock in his movies.

One of those beloved cameos depicted Lee talking to Tobey Maguire as Peter Parker, alter ego of the title character in “Spider-Man 3,” in which Spider-Man learns that he will receive the key to the city.

BOOK: “Stan Lee: A Life in Comics” By Liel Leibovitz