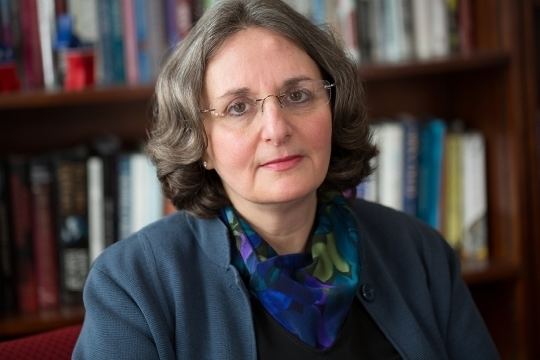 She graduated from University City High School, attended Washington University, earning a B.A. in history and French literature. Before moving to the East Coast to become a documentarian, Seavey worked in Missouri politics. As office manager for the Missouri State Headquarters, she was the youngest paid staff member of the McGovern for President Campaign in 1972. She later worked in St. Louis for the United Farm Workers Union, Tom Eagleton for Senate, and Morris Udall for President.

She was 12-years old when on May 4, 1970, the Air Force building on the campus of Washington University burned to the ground. Her father, Louis Gilden, represented the young man accused of the crime: Howard Mechanic. That night would literally change the course of the rest of Seavey’s life.

In the years since Seavey has become an Emmy Award-winning filmmaker and a nearly 30-year veteran of the documentary world. Her films can be seen in theaters, on television, and accessed on digital media, and in museum exhibitions across the globe. Last year, her 8 episode podcast My Fugitive, electrified podcast audiences, and now Seavey is coming home to discuss it.

This week, The St. Louis Film Festival announced its line-up for this year and one of its special events is the My Fugitive podcast. 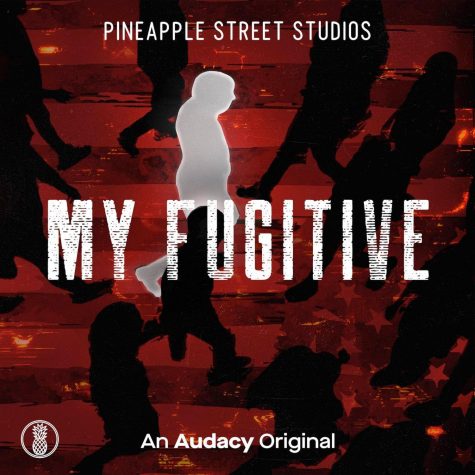 The My Fugitive program is scheduled for Saturday, November 13 at 4 PM on the Washington U campus, where the actual storyline of Howard Mechanic literally began. The event will be hosted by Sarah Fenske from St. Louis Public Radio and will include video and audio clips while discussing the importance of what Seavey found in her research on Mechanic, his case as well as its link to the FBI and assassination of Martin Luther King to St. Louis and to the nation as a whole.

“There will be a number of people who were in the series, who will be at the event and we will be introducing them to the audience, so it will be a real homecoming and moment of reflection back on a difficult time in our nation’s history,” said Seavey.

The St. Louis Film Festival also announced it will be honoring Seavey with this year’s Charles Guggenheim Cinema St. Louis Award. The award honors St. Louisans making significant contributions to the art of film.
Seavey’s documentaries — which include “Parables of War” (2015), “4th and Goal” (2010), “The Ballad of Bering Strait” (2003), and “A Paralyzing Fear: The Story of Polio in America” (1998) — have won numerous awards, including five National Emmy nominations (one statue awarded), the Erik Barnouw Prize for Best Historical Film of the Year, the Golden Hugo, the Cine Special Jury Prize, the Telly Award, the Italian National Olympic Cup for Best Sports Film, and the Peter C. Rollins Prize for Best Film in American Culture.

Seavey  has received a number of professional accolades, including being named one of the top 50 professors of journalism in the U.S. Among other industry awards, she received a commendation for “Outstanding Service to the Industry” by Discovery Communications and was named a “Woman of Vision” by Women in Film and Video.
My Fugitive
The podcast tells the tangled story of her search for answers—fueled by hundreds of Freedom of Information requests, hundreds of thousands of pages of documents, what she discovered about FBI surveillance and confidential informants around the case—and how this journey shines new light on historical events from the Cold War and the controversial FBI surveillance program known as COINTELPRO to the assassination of Dr. Martin Luther King Jr.  And how it all started when she was 12, back on that night in 1970.

“On that night in 1970, we were living at 7347 Maryland Avenue, which is right on the line between University City and Clayton.  We lived on the U. City side and I went to Jackson Park Elementary, Hanley Jr. High, and U. City High School,” said Seavey.  “In the scene in Episode 3 in which I describe my first recollection of an FBI agent protecting our house when I was six, that was at our previous home at 834 Warder in U. City, just off Delmar.”
The Backstory
Howard Mechanic, the 30-year fugitive entered Seavey’s life through her father, a Jewish immigrant who was born in Cherbourg, France.  His parents had escaped the pogroms in Ukraine and were able to get to France. In 1927 they were finally able to secure passage on the Cunard Line that was taking refugees to the US. The rest of the family stayed back in Russia/Ukraine and did not survive the Holocaust.

When they arrived in the US they went straight to St. Louis where the Gilchenok, now Gilden family opened a Kosher grocery store on Debaliviere. The family lived above the store and lived in significant poverty in what was then St. Louis’ Jewish ghetto. Louis Gilden attended Soldan High School and then after WWII, went to law school on the GI Bill.

“This is all to say that while a lot of Jews sought wealth and tried to forget their refugee/impoverished circumstances, my father always felt like an outsider, the “other” and embraced those whom he saw as similar to himself,” remembers Seavey. “He identified with the plight of people who were struggling and wanted to be part of that struggle because it was his own as well.”
Howard Mechanic
Through her stellar investigative skills, coupled with her personal connection to this fascinating story, Seavey makes My Fugitive a potent mix of history, politics, and government secrets. She weaves a tale with such notable characters as Dr. Martin Luther King, Robert F. Kennedy, J. Edgar Hoover, the FBI, James Earl Ray, and lastly Howard Mechanic.

In My Fugitive, Seavey describes Mechanic as a young, Jewish Washington University college student from Cleveland, Ohio, who attended a protest rally the night the Air Force building was destroyed. He was identified by police and the FBI as the person responsible. He was arrested and charged under an arcane provision of the Civil Rights Act, that participating in a riot, was grounds for arrest and imprisonment.

“So why Howard Mechanic?” said Seavey. “I think he came to be a symbol of all that had gone wrong.  He certainly was that for my father and then for me. I think people think the ’70s was all ‘sex, drugs, and rock and roll, and while some of that is true, it’s easy to forget about the extraordinary turbulence of the era – the assassinations, the political bombings. I mention in the podcast there were 3000 political bombings in 1970 – can you imagine that today?”

Mechanic was convicted and sentenced to five years in federal prison. But, instead of turning himself over to authorities, he fled, thus becoming a fugitive for more than 30 years.
The St. Louis Connection
Howard Mechanic is Seavey’s protagonist, and she tells his story so gracefully by introducing her long list of antagonists, which includes the city of St. Louis itself.

In My Fugitive, you will discover connections about St. Louis as a crucible in the legacy of Dr. King that no one has given light to.  These aren’t really new revelations, but they have been buried for so long, they feel brand new. The Rays were a St. Louis family and their bar, the Grapevine Tavern, on Arsenal Street became a hotbed for the ultra-rightwing machinations of the John Birch Society, the White Citizen’s Council, and the George Wallace for President Campaign.  Add to that the criminal element for which the Grapevine Tavern was legend (the name of the bar comes from the prison “Grapevine” which is the way inmates communicate) and you have a circumstance rife with criminal and political intrigue.

“The worrisome part for me of bringing these connections of St. Louis and the Ray family to the assassination investigation of Dr. Martin Luther King, would be the perception that somehow this is a “crazy tin hat” conspiracy theory,” said Seavey. “So my team and I were assiduously careful not to draw any conclusions ourselves but to quote from documents and allow the investigators in Congress who uncovered these connections (who are thankfully still alive) to reveal this material themselves. Included in this list of notable Congressional investigators is Vice President Walter Mondale who recently passed away, but not before he provided me with one of his last, and most insightful, interviews.
Listen to My Fugitive
That’s about all we can tell you. We don’t want to give too much away. You can listen to all 8 episodes right here.  My Fugitive on Audacy.