Songwriter, producer of top ’60s hits is focus of documentary 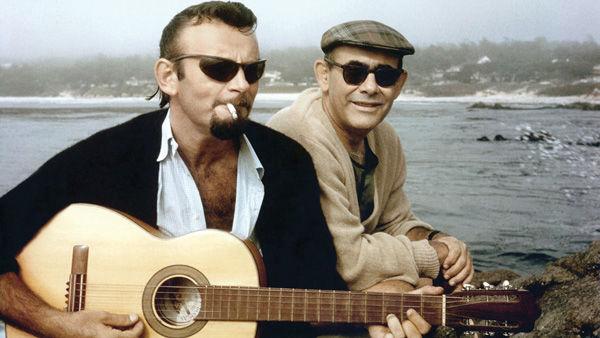 ‘Bang: The Bert Berns Story’ looks at the life of Bert Berns, a songwriter and record producer from the 1960s whose hits included "Twist and Shout,” "Hang On Sloopy,” "Here Comes The Night" and "Piece Of My Heart."

When you listen to songs like “Are You Lonely For Me Baby?” and “Cry Baby,” you are getting a sense of legendary songwriter and music producer Bert Berns’ sadness, according to the famous musicians interviewed in a new documentary, “Bang! The Bert Berns Story.”

The architect of songs like “Twist and Shout” and “Piece Of My Heart” may have had the blues but he knew how to compose a hit.

The film, directed by his son Brett Berns and Bob Sarles, contains interviews with musicians such as Paul McCartney, Keith Richards and Ronald Isley from the Isley Brothers, and they tell fascinating backstories to the songs that Berns wrote and they performed.

For example, you learn that before The Beatles and the Isley Brothers, the Top Notes, a rhythm and blues group, performed “Twist and Shout,” and that Berns felt like the producer, the infamous Phil Spector, had butchered his song.

But Spector, who was convicted of murdering the actress Lana Clarkson, is not, of course, the only music producer to have committed a crime.

Many of the backstories in the new documentary, which is based on a biography, “Here Comes the Night,” contain juicy details about Berns’ ties to the mob.

The stories seem to be aimed at a larger purpose besides just entertaining — exploring whether Berns is a tragic figure — but the movie will be best enjoyed by people just looking to learn more about Berns’ impact on the songs they love.

Berns was born in the Bronx to Russian Jewish immigrants and contracted rheumatic fever as a boy, which led to a heart condition that doctors said would shorten his life.

In the meantime, Berns was always moving, relentlessly trying to produce hits. He also gave it a try as a singer. “No disrespect, but he was a horrible singer,” says Doug Morris, the chairman of Sony Music Entertainment.

And maybe because Berns was behind the scenes, he didn’t get the credit he deserved, McCartney and others say in the film.

“Bert deserves to be elevated to his rightful place in the music industry and respected and honored for it,” McCartney said.

Jerry Wexler, a fellow Jewish music producer, looms throughout the film as someone who Berns both admired and fought — sometimes with the assistance of gangsters. The directors made a smart choice in using Steven Van Zandt, the guitarist in the E Street Band and actor from “The Sopranos,” as narrator.

While all the musicians’ and record producers stories about Berns are interesting to hear, a greater sense of how Berns felt about his accomplishments is missing from the narrative. Van Zandt tells us that the more successful Berns became, the worse his temper got. Maybe his wife and daughter, who are interviewed in the film, could have offered their takes as to why he was often sad and angry.

Still, the great stories about Berns — he comforted and convinced a member of The Drifters to sing “Under the Boardwalk” after the group’s lead singer had died of a heroin overdose the night before — make the film worth seeing for any music fan.

And however Berns felt about his own life, others are now taking notice. Berns, who died in 1967 at age 38, was inducted to the Rock and Roll Hall of Fame in 2016.

Correction: An earlier version of this story failed to mention that Bob Sarles co-directed the film.