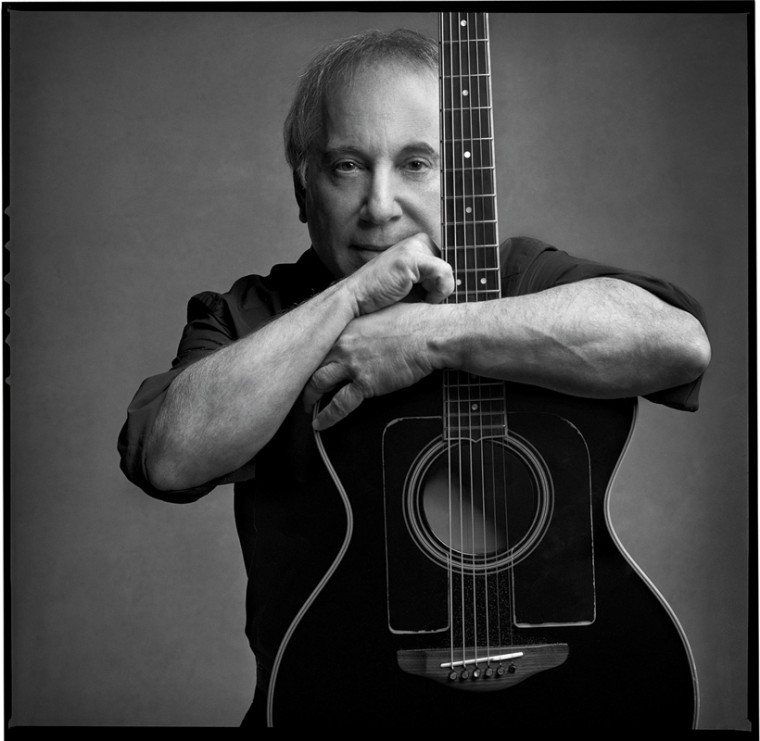 By Daniel Durchholz, Special to the Jewish Light

During his most recent performance at the Sheldon Concert Hall, Randy Newman quipped that, to really understand Paul Simon’s songs, you have to know him personally.

It was a friendly dig…I think. The two are among the finest American songwriters of the last half-century, and Simon even sang a duet with Newman once, on “The Blues,” a track from Newman’s 1983 album, “Trouble in Paradise.”

But I understand what Newman was getting at. Especially in recent years, Simon’s songs have reveled in minutia, trading in elliptical lyrical phrases and unconventional song structures that make albums like 2000’s “You’re the One” and 2006’s “Surprise” uneasy listening – not unpleasant, mind you, but difficult. Simon’s work in the 21st century demands close listening. But it does reward it, too.

That’s especially true of Simon’s most recent album, “So Beautiful or So What,” which was released earlier this year. Though it includes its share of lyrical obscurities, it’s Simon’s most melodically rich and rhythmically engaging work since “The Rhythm of the Saints,” from way back in 1990. Simon, it seems, has finally gotten his groove back-and those grooves are more organic and naturally incorporated into the songs than the South African and Brazilian cadences that drove 1986’s “Graceland” and “Rhythm,” respectively.

Then, too, “So Beautiful” which leans heavily on subjects such as spirituality and mortality, does so with a wry sense of humor that has been a sometimes rare commodity in Simon’s work. “The Afterlife,” for example, offers a scenario in which our mundane existence is repeated in the hereafter. Upon arriving, Simon sings, “You got to fill out a form first, and then you wait in a line.”

On “Questions for the Angels,” Simon undercuts an otherwise serious and somber song with a tossed-off reference to Jay-Z. Clearly, Simon is operating from a looser, more comfortable space than in previous years.

Another way of looking at this, though, is that perhaps the reason Simon is writing more about his interior life these days is that he’s spoken for all of us already. Another recent album, this one the compilation “Songwriter,” collects a couple dozen of Simon’s greatest works, some of them dating back to his early days with Simon and Garfunkel. Not greatest hits, necessarily, but greatest works.

Oftentimes, of course, those things are one and the same, as is the case with the epochal songs such as “The Sound of Silence,” “The Boxer,” “American Tune” and “Mother and Child Reunion.” As if to make a point about the universality of “Bridge Over Troubled Water,” it’s not Simon’s, or even Simon and Garfunkel’s version of the song that’s on the album, but a gospel-fueled take by Aretha Franklin instead.

The power and profundity of those songs isn’t particularly news to even a casual Simon fan. But the place where “Songwriter” really earns its keep is in pulling lesser known Simon songs into the light, especially those from the last two decades, where the overall insularity of the albums might have driven those casual fans off.

Among them are songs like “Born in Puerto Rico” and “Quality” from Simon’s failed Broadway musical “The Capeman.” Not having seen it, I can’t say for sure whether the play deserved its quick and decisive demise; but I do know that its songs deserved a wider audience, especially “Quality,” a homage to the doo-wop sounds of Simon’s youth.

There’s also a selection of the best tunes from “You’re the One” and “Surprise,” such as “Senorita with a Necklace of Tears” and the lovely and heartfelt “Father and Daughter.” True, those songs will never sound as accessible and familiar as “50 Ways to Leave Your Lover” or “You Can Call Me Al”-which are notably missing from the set. But they’re good enough that they should tempt listeners to go back and spend the extra time those individual albums require.

Simon is on tour right now, and will perform at the Fox Theatre on Tuesday, Nov. 15. There’s sure to be a wealth of his greatest hits on display, but don’t be surprised if he dips into his catalog of worthy obscurities as well. And while knowing Simon personally might help you understand them, it’s in no way required.