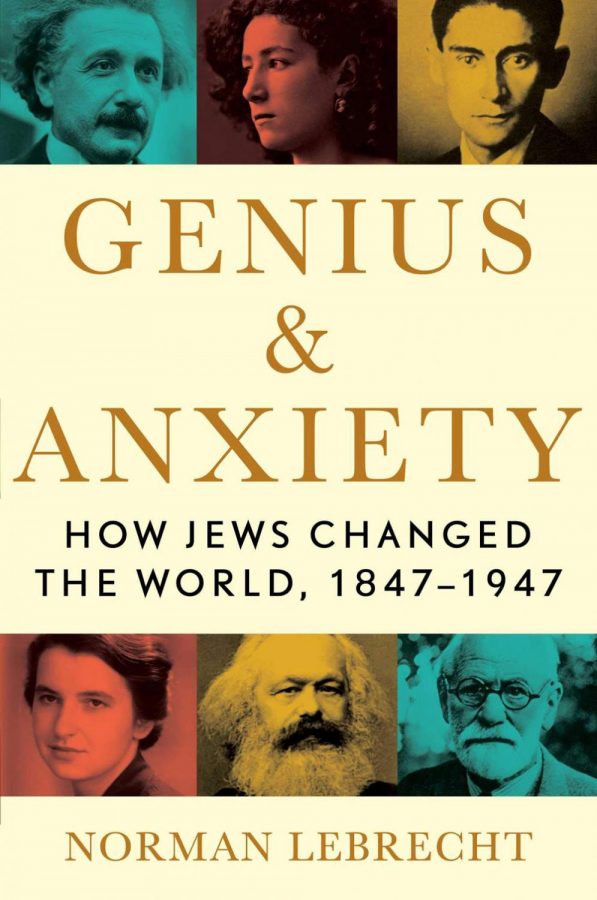 “How odd of God to choose the Jews”

So what makes you Jews so damn smart?  That is a question asked through the centuries by people who admire the Jews as well as by anti-Semites. British historian Norman Lebrecht, an admired author of several award-winning non-fiction books, takes on that perplexing question in his superbly crafted and meticulously researched tome, “Genius & Anxiety: How Jews Changed the World, 1847-1947.” (Scribner, $30, cloth).

Lebrecht confronts the daunting challenge of trying to pinpoint a source or common denominator that gives genius-level Jews the ability to see things ordinary people miss, with his credentials as a serious historian on full display.  His book is not a simplistic “bragging rights” compilation of Jewish achievement. He emphatically rejects a “genetic” explanation for Jewish genius.

He delves deep into the rigorous study of the Talmud for clues as to why such a tiny fraction of humanity has accomplished so much despite virulent anti-Semitism.

Rather than attempting to survey the entire 4,000 years of Jewish history as other authors have done, Lebrecht book-ends his time frame between 1847, when Karl Marx published “The Communist Manifesto” and 1947, when the United Nations approved the Partition Plan, which made possible the establishment of the State of Israel after 2,000 years of persecution culminating in the Holocaust. Ironically, Marx, who descends from a long line of rabbis, was a strident hater of Jews.

Lebrecht points out the inherent irony in trying to define the impact of Jews on history — and history’s impact on the Jews, and strives to “address the story from both aspects.” Overall, Lebrecht succeeds admirably with serious scholarship infused with good-natured humor.

He writes, “Folk wisdom has it that five Jews wrote the rules of society:

Moses said, ‘The Law is Everything.’

Jesus said, ‘Love is Everything ‘

Marx said, ‘Money is Everything.’

Freud said, ‘Sex is Everything.’

Einstein said, “Everything is relative.’ ”

Ha-ha, says Lebrecht.  “But more than half true. And Jews have a half truism for many things.”

He adds:  “The Jewish mindset behind the wave of genius has not been successfully explored. How much do Jewish elements in their background inform Mahler, Modigliani, Marcel Proust?  How does Freud know sex is the source of most unhappiness?  What makes Marx hate the Jews?”

The above and other questions are explored in depth, with superb scholarship and engaging style by Lebrecht.  With just a few words Marx encapsulated his Communist theories: “Workers of the world unite.  You have nothing to lose but your chains.”  Einstein wrote the formula E equals MC squared and upended the world of physics.

Proust recalled the aroma of his beloved Madeleine teacakes and transformed world literature. Einstein wrote to Freud to ask if mankind was by nature violent and warlike.

David Ben-Gurion, the genius of the Zionists who helped create Israel, tried to persuade Einstein to become President of Israel, which he politely declined,  not wanting to become an “ornament.”

Einstein and Freud possessed the wisdom to know that no matter how many Nobel Prizes were won by Jews, anti-Semitism would not just whither away.

In his impressive and significant book, Lebrecht proves how the anxiety over being Jewish in such a hate-filled world contributed to the positive changes Jewish geniuses have made and continue to make.

“Genius and Anxiety” should grace the shelves of both scholars and general readers who enjoy history told with verve, accuracy and wit.