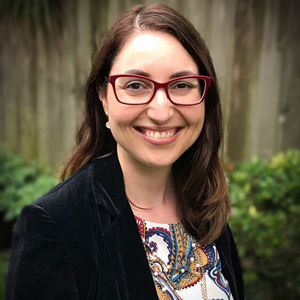 The trailblazing Bella Abzug – lawyer, social activist, leader in the women’s movement, congresswoman – is the subject of a riveting new biography, “Battling Bella: The Protest Politics of Bella Abzug,” by Leandra Ruth Zarnow, an assistant professor of history at the University of Houston.

Abzug was born Bella Savitzky in 1920 in the Bronx, the daughter of observant Russian-Jewish immigrant parents. When she was 13, her father died and she was told that she could not say kaddish at the synagogue because that was a rite reserved for sons. Her father had no sons, so she went to the synagogue for a year determined to mourn for her father in the way she wished.

In high school, Bella decided she wanted to become a lawyer. She graduated from Hunter College in 1942 and applied to Harvard Law School. Because of her gender, she was denied admission (the law school went coed in 1950). In 1944, she entered Columbia University Law School and graduated in 1947. While at Columbia, she married Martin Abzug, a stockbroker and novelist who had very little interest in politics. The couple raised two daughters, Eve and Liz.

For the next two decades, Bella Abzug practiced law on behalf of people she described as being “on the outside of power.”

In l970, she made her first attempt at elective office when she decided to run for Congress on an antiwar and pro-feminist platform. She received 55 percent of the vote in the Democratic primary, unseating seven-term incumbent Leonard Farbstein.

Abzug won the general election with 52 percent of the vote, becoming one of 15 women in Congress (compared with 130 in 2020).

Despite her lack of seniority, Abzug was determined to flaunt House tradition. She sought seats on coveted committees that were the domain of members with seniority.

Although unsuccessful in dismantling the House seniority system, Abzug made waves in Congress by supporting a large number of controversial causes, such as withdrawing U.S. forces from Vietnam, ending the draft and investigating J. Edward Hoover, director of the FBI. Because of her willingness to take on controversial issues and her tenacious manner, Abzug earned the epithet Battling Bella.

Abzug was able to achieve some solid results. She helped make the government more transparent by passing the Freedom of Information Act, and she coauthored the Child Development Act providing low-cost day care facilities. She also amended the Civil Rights Act of 1964 by introducing groundbreaking legislation aimed at increasing the rights of gays and lesbians.

Bella served three terms in the House. In 1976, she lost a close race to Daniel Patrick Moynihan in the Democratic primary for an open Senate seat. In 1977, she failed to receive the Democratic nomination for mayor of New York. When the winner of the race, Ed Koch, resigned from Congress, Abzug failed to win his vacant seat on New York’s Upper East Side.

In 1986, Abzug made another bid for the House of Representatives, this time in Westchester County. She won the Democratic primary but lost the general election.

Bella Abzug has been the subject of numerous biographies, but most of them have dealt primarily with her personal life. Although Zarnow’s biography does not neglect Abzug’s personal life, her biography emphasizes how Abzug’s progressive positions on many political issues drew ire from both sides of the political spectrum even though they inspired a generation of women. The author claims that Abzug’s stand on such issues as defending the defenseless and supporting workers, racial and sexual minorities, political radicals, new immigrants and women was the reason she was sent to Congress.

This book is a must read. It is a fascinating biography about a woman who has had a lasting impact on the women’s movement, the Democratic Party and the history of the United States. The author’s writing style is lively as she moves the book along at a rapid pace.

Although Zarnow praises Abzug for her many accomplishments, she recognizes that Bella also had her shortcomings. She was not the easiest person to work for, and she did not hesitate to scold her staff members, regardless of their sex. She even admitted that detractors who called her uppity, rude, impatient and impetuous might be right, but she added, “This ought to be made clear from the outset, I am a very serious woman.”

Zarnow’s biography also is very timely. After her election to Congress, Abzug attempted to advance the progressive and feminist agendas forward in a number of ways. These included promoting gay rights, privacy rights and human rights, and pushing through Congress progressive legislation in urban, environmental and foreign affairs. Her ultraprogressive positions on many issues and her political stance on these issues alienated her from the more conservative establishment politicians, especially Republicans, but also many moderate Democrats who felt Abzug was shifting their party too far left.

Fifty years later, conflict in ideology between the establishment politicians and those further left still exists.

Zarnow’s biography is meticulously researched with nearly 100 pages of footnotes. Her sources include manuscript collections from presidential, municipal and college libraries, and the Library of Congress. She has also included the archival papers from numerous organizations and institutions.

The quantity of sources should not deter anyone from reading this splendid and timeless biography of a woman who contributed so much to the history of our country.