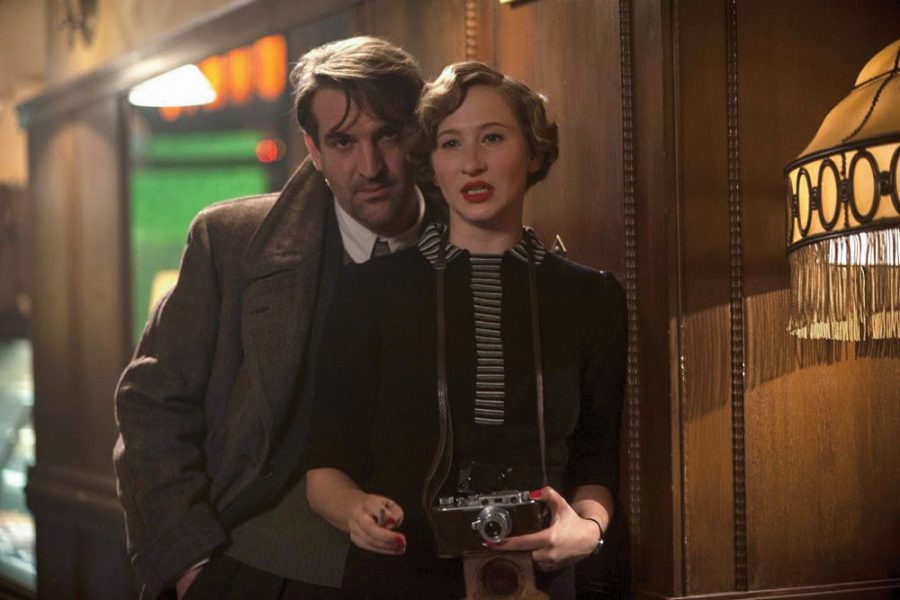 BY CATE MARQUIS, SPECIAL TO THE JEWISH LIGHT

All of the hallmarks are there: classic noir style, soulful jazz, world-weary voice-over, and slanting light and city street. But this is not New York or San Francisco. It is Budapest in 1936, a “city of lights for some and city of darkness for others,” according to the narrator. The Nazis seem to be everywhere — not occupying the city, but they might as well be.

Our narrator and protagonist is a tough crime reporter who has seen it all. His latest story seeks to unravel the mystery behind a young Jewish woman’s death. In pursuit of his story, the reporter moves through the social underbelly of the city and rubs elbows with its most powerful citizens. A cover-up seems to lead far up the Hungarian political structure, which is intertwined with Nazi influences.

“Budapest Noir” has all the elements of film noir, with the time and place adding an extra layer of tension and menace to the twisty mystery. Jewish identity and the looming Nazi presence are part of the plot, which is full of intrigue and shadowy characters. The film is beautifully shot, with period clothing and Budapest cityscapes showcasing the city’s fine architecture.

The acting is strong as well. As dogged crime reporter Zsigmond Gordon, Krisztián Kolovratnik delivers the right amounts of cynical snark and determination to uncover the truth. He is joined in his investigation by photographer and ex-girlfriend Krisztina (Réka Tenki), who suddenly turns up on his doorstep. Krisztina had been working in Germany, but the Nazis objected to her photos spotlighting their brutal actions and she was forced to flee. The pair create the romantic tension the story needs to keep the potboiler boiling.

One important character is the police commissioner, Vladimir Gellért (Zsolt Anger), with whom Zsigmond has a close relationship but who is under pressure to stop his investigation. Among the colorful characters are a powerful pimp and a wealthy businessman and baron with ties to Nazi Germany.

“Budapest Noir” is sure to please film noir fans, but the historical time and place add a special layer of foreboding, elevating the story beyond mere crime thriller.