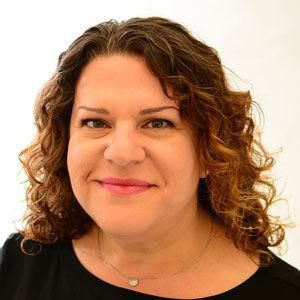 By Amy Fenster Brown, Special to the Jewish Light

We’ve had a lot of time to think lately. A lot. Sometimes when I’m just waking up and lying in bed for a few minutes, or when I’m about to drift off to sleep, or when I’m stumped trying to figure out what to do next while stuck in my house, I have random thoughts. Here are my top 18. Because, chai.

• I’ve learned my hobbies include touching my eyes and buying things I don’t need.

• Nothing reminds you you’re not cool quite as much as living with teenagers.

• Sometimes when I’m eating popcorn, I want to unhinge my jaw and swallow the bucket whole the way a snake swallows its prey.

• A sliver of dessert never did anyone any favors. It only made them angry. Like “fun size” candy bars? They’re not fun, they’re torture. Give me a 2×4 candy bar. Now that’s a fun size.

• Once on a walk I saw a couple coming towards me, pushing a stroller, and I thought, “That is the ugliest effing baby I’ve ever seen.” Turns out, it was their dog.

• I miss going to the post office, library, grocery store, visiting friends and going to meetings. It sounds like I live on Sesame Street.

• I’ve really been able to push myself out of my comfort zone. Tomorrow I might try eating something with ketchup while sitting on my white bedspread.

• I’ve really matured. For example, the last time I went to the ear, nose and throat doctor, he looked in my ears and found a lot of wax. He said, “Wow, it’s in there good and deep.” And I managed to not say, “That’s what she said.”

• Next year I will have my 25th mammogram. Would it be over the top to honor the occasion by getting myself a smash cake?

• What’s the difference between ignorance and apathy? I don’t know and I don’t care.

• Someday I want to go on “The Price is Right” and spin that giant wheel so when Drew Carey says, “Is there anyone you want to say hi to at home?” I can say, “No, not really.”

• Do you ever light candles for Shabbat, forget, and they go out and you smell the burn and freak out that something is on fire?

• One year for Yom Kippur I stupidly brought German chocolate cake to a break fast.

• I’ve had the same best friend since second grade. I’m thinking she should raise her standards.

• I could totally be a vegan if it weren’t for cheese. And meat.

• While free speech is lovely, I wish some people would just shut their traps.

• Nothing brings a group of mean girls together like something that’s none of their business.

• When I yell from the bathroom “Help, I’m out of toilet paper” one son brings me a new roll and the other son laughs. Which son will take care of me when I’m old?

Amy Fenster Brown is married to Jeff and has two teenage sons, Davis and Leo. She volunteers for several Jewish not-for-profit groups. Fenster Brown is an Emmy Award-winning TV news writer and counts time with family and friends, talking and eating peanut butter among her hobbies. Email Amy at [email protected]