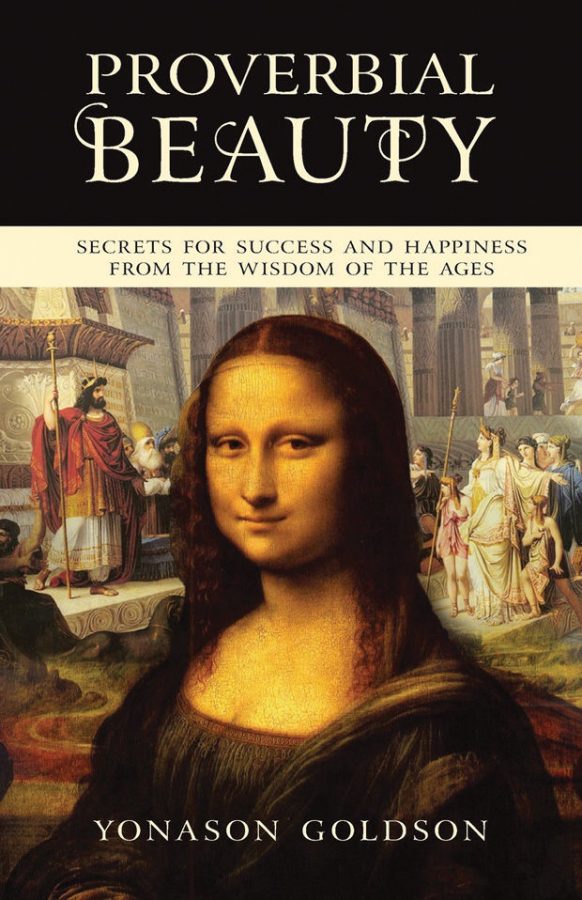 “Proverbial Beauty,” the latest work by Rabbi Yonason Goldson, is sure to find a welcome spot on many a bookshelf. The Los Angeles native who teaches at Block Yeshiva High School originally discovered his faith during a visit to Israel after stints spent hitchhiking across America and backpacking through Europe. Since 1996, he has resided in St. Louis with his wife, with whom he has four children.

Recently, the Jewish Light sat down to speak with him about the book, which was released last month.

Tell me a little about your new book. What do you hope people will gain from reading it?

Basically, it is trying to demonstrate a way of looking at the world and life, turning negatives into positives, acquiring a better outlook and cultivating an approach that leads to success and happiness. It takes excerpts from the Book of Proverbs and presents them in a way that takes a message that is 2,000 years old and updates it to put it in the language of modern times.

So it is biblically based?

It is biblically based, but it is not really something that is a religion book per se. It is looking at lessons, which can apply to all of us without any particular religious reference point. It teaches concepts, ideas and principles about how to have a good life.

What inspired you to write this book?

A couple of things. There seems to be a lot of cynicism in the world, a lot of conflict, a lot of mistrust, and a sense that things are getting worse. You’d expect with the advance of technology and how easy things are and how much wealth there is, that things are getting better. Many people seem to feel things are getting worse. We don’t get along with each other. We don’t cooperate with each other. So I was looking for an approach for how to acquire more positive attitudes, reframe and look at the world in a different way, something everyone could relate to. It is not coming from a religious point of view. You don’t have to be invested in religious doctrine to appreciate what lessons the book can teach.

Is it aimed at the Jewish community?

Inevitably, there are Jewish references in it, Jewish folktales and of course the Book of Proverbs, which is from the Jewish Bible. But it is not directed at Jews in particular.

What are readers saying about it? What feedback have you gotten?

People seem to be very pleased with it. They find that it is engaging, entertaining and gives them valuable information.

Will you be doing any events in St. Louis to promote the book?

I hope so. I’m just getting my feet on the ground. Marketing is not something that comes naturally to me. I hope to be making contact with radio stations and have book signings and readings at some of the independent bookshops.

You said it promotes a positive, less cynical worldview. Does it analyze problems? Are there personal stories? Are there anecdotes from other people?

It is a combination of things. There are a lot of folktales, but there are also a lot of current events. For instance, [I talk about] the discipline that is necessary to become a Navy SEAL. Most of us are not going to go into that kind of training, but we can appreciate that if you want to be really good at something, you have to work really hard at it. There is a study that is done annually that  frequently tells us that people in Denmark are the happiest people in the world. I investigate that and try to determine if that is actually true. And if it is, why? If not, why is it something they’ve concluded? There is history, science, current events, politics. … It is finding the lessons that are right in front of us, that are from our history, from our traditions, updating, applying them and putting them in a modern reference point.

Is there anything else you try to impart through the book?

There’s a discussion about sarcasm. So much of situation comedies and television and late night talk shows, comedy in general, so much of it is at other people’s expense. To be sarcastic is seen as a sign of sophistication, brightness and quickness. But it is ultimately something that tears people down, and it contributes to the cynicism.

Is there any part of the book that is your favorite?

King Solomon writes that like iron sharpens iron, so does a friend sharpen his fellow. One of the problems I think you see so much today is what’s called groupthink. People like to cluster with people who think exactly like they do. When that happens, we end up just reaffirming what we already think we believe. We don’t give ourselves the opportunity to hear other points of view or get a chance to understand the other side of an issue. We get lazy and sloppy in our thinking and more entrenched in our preconceived notions. That divides us profoundly from anybody who is not just like us. … Just because we disagree doesn’t mean we have to hate each other.