Power of storytelling spans the ages 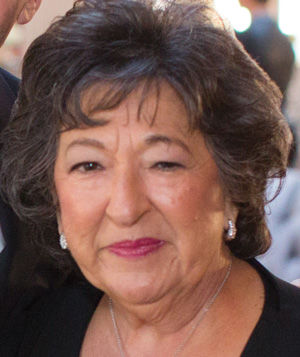 By Nancy Kranzberg, Special to the Jewish Light

When I’m giving a tour of the St. Louis Art Museum or Laumeier Sculpture Park and feel that I am losing my audience’s attention, I often find myself saying, “Let me tell you a story.” They are back with me in an instant. I use the same strategy with my grandchildren and even my friends. Everybody loves a good story.

Better than TV or videos, storytelling engages listeners to use their own imagination, drawing them into the story being told.

Before written language, we know that stories were told thousands of years ago by aboriginal men in cave paintings. The oldest surviving epic tale on record is “Gilgamesh,”  which told of the deeds of a famous Sumerian king.

The Greeks and Romans had their myths, as did the people of China, India and pre-Columbian cultures. Stories became so important and powerful that some regarded mythical characters as gods.

Who would ever think that telling stories could be a career? Well, look at the very lucrative jobs our late-night talk show hosts have made for themselves. My rabbi also does pretty well, too. No question about it, storytelling is alive and well in St. Louis.

Last month, St. Louis hosted its 38th annual Storytelling Festival sponsored by the University of Missouri Extension Community Arts Program. The festival kicked off at the Playhouse @ Westport Plaza and featured six “tellers” –  that’s what they’re called – from all over the country. These folks were incredibly talented and had won prestigious awards. Dovie Thomason, for example, is a Native American who brought to life her ancestral wisdom. Leeny Del Seamonds is an acclaimed performer of Hispanic/Latino original and global stories.

The festival continued in multiple locations and had something for folks of all ages. It  draws crowds from all over and is considered by many to be among the top three storytelling festivals in the country.

We have our own acclaimed storytellers right here in St. Louis, including Annette Harrison. She says that a story transports the listener to a new place and that most stories are universal, demonstrating how alike and sometimes how different we are.

Lynn Rubright, an internationally acclaimed storyteller, is a former professor at Webster University, a founder of Metro Theater Company and an adjunct professor at the  University of Missouri-St. Louis. She also has won numerous awards.

Rubright says the power of generating images through language can be used across disciplines such as music, theater, one-person shows and even folksinging. She also has been very involved at the Center of Creative Arts (COCA).

Bobby Norfolk, who cites Rubright as his mentor, is an Emmy-winning St. Louis storyteller who promotes children’s theater, African-American literacy, and school and library diversity. He was given the Circle of Excellence Oracle Award, an honor presented by the National Storytelling Network, which recognizes the very best storytellers in the country.

Norfolk  has recently published a book titled, “Eye to the Sky: Storytelling on the Edge of Magic.”

Storyteller, writer and educator Carole Shelton has performed for audiences for 27 years. She is a member of the Black Storytellers and Midwest Inspirational Storytellers. She has performed in a variety of local venues, such as the Jefferson National Expansion Memorial, the Missouri Historical Society and the St. Louis Storytelling Festival, as well as at numerous locations throughout the bi-state area.

These are just a sampling of the professional storytellers in our area. Among several well-known local storytelling organizations are MO-TELL Missouri Storytellers, the Gateway Storytellers and the Riverwinds. In addition, storytelling festivals take place all over the country, and I am extremely proud of ours.

It takes charisma, energy and often a good imagination to tell a story that packs a wallop, but I think most of us can pull several good stories out of our minds to fascinate someone for at least a little while.