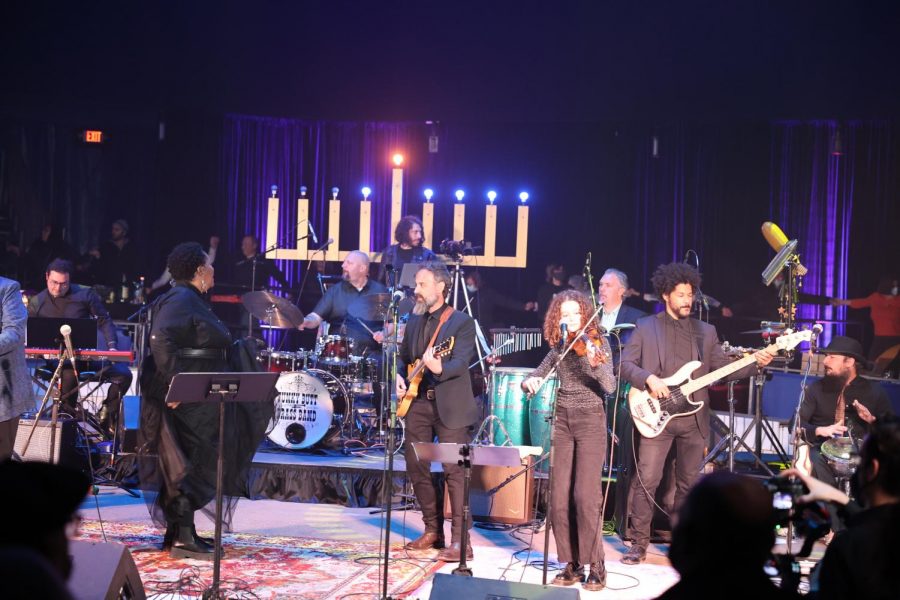 Mix a little folk-rock, country and reggae music with hundreds of latkes and a giant menorah and you’ve got the recipe for a good time. That was the scene on Dec. 4 for the 11th Hanukkah Hullabaloo, the annual celebration performed by the Brothers Lazaroff and their friends in the music community. Proceeds benefited Jewish Family Services.

This marked the first live Hullabaloo since 2019. Last year’s event, like so many other gatherings, was virtual. The 2021 Hullabaloo was also notable for the venue—under the Big Top circus tent in the Central West End. The location choice was made because David and Jeff Lazaroff prioritized audience safety. Guests were required to produce proof of COVID vaccination and encouraged to wear face masks. Most did so, even during an impromptu line dance.

Regular Brothers Lazaroff collaborators were on hand, including Rabbi James Stone Goodman and the Eight Night’s Orchestra. They were joined on stage by local performers Will Soll, Anita Jackson and DJ Boogieman. Also backing the Lazaroffs for the first time was popular jazz pianist Dave Grelle.

“I’ve known Dave and Jeff for a while and we’ve always talked about doing a jam session but it never worked out,” Grelle said. “Our kids go to the same school and we see each other all the time. Chick Corea passed away this past year and he was one of my heroes and the Lazaroffs were talking about doing a tribute to him and they asked me to do it, so I was happy to help out.” 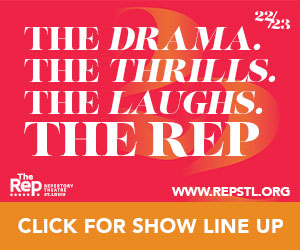 Among the first-time guests in the audience was Hannah Kiem who said during the intermission: “It’s so much fun. I was really impressed by the band. When I first heard about the name—Hanukkah Hullabaloo—I thought, ‘What is that all about?’ but it’s actually been awesome.”