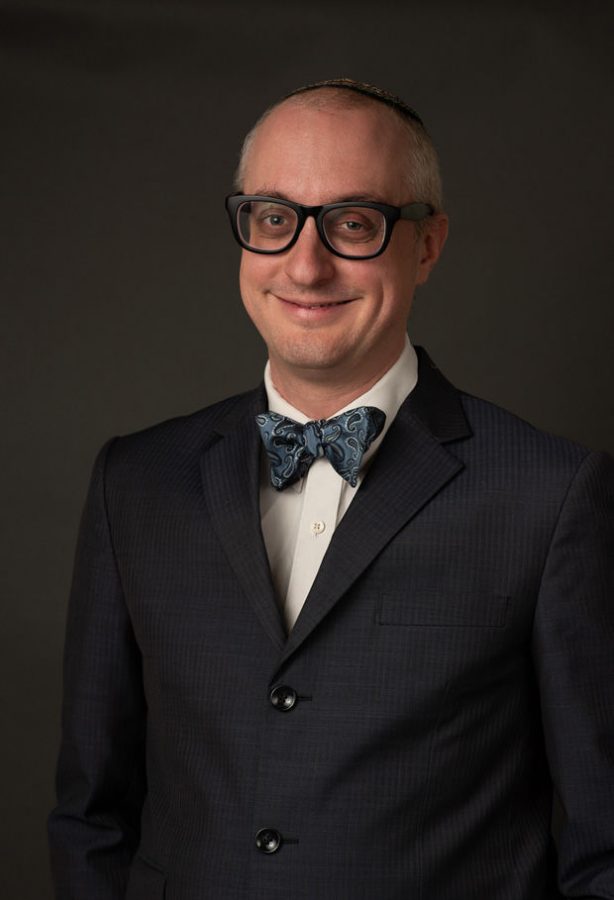 Russel Neiss is one of three Jewish educators honored with the Covenant Foundation Award. He is a senior product engineer with Sefaria, a nonprofit organization dedicated to building the future of Jewish learning in an open and participatory way by assembling a free, living library of Jewish texts and their interconnections, in Hebrew and in translation. Neiss creates interactive platforms that enable learners to engage with Jewish textual tradition from anywhere.

Neiss spearheaded the development of Sefaria’s Source Sheet Builder tool, which has enabled tens of thousands of educators to create their own source sheets and share them with students, colleagues and the wider community. In collaboration with his colleagues, Neiss also envisioned, developed and built Sefaria’s first mobile app, putting Jewish learning and Sefaria’s tools into the hands of users everywhere.

Along with the recognition that accompanies this award, Neiss, a member of Bais Abraham Congregation, will receive $36,000, and Sefaria will receive $5,000.

Josh Wallach is the new president of Congregation Shaare Emeth’s board of trustees. After a 20-year career in the metals industry, he now focuses on lay leadership work and his family.

JD Sosnoff has been promoted to general manager of KMOV-TV (Channel 4), a CBS affiliate. A member of Shaare Emeth, he was formerly director of sales. Early in his career, Sosnoff was in sales for the Jewish Light.

The Association of Jewish Aging Services (AJAS) has chosen Crown Center for Senior Living as the June Featured Member of the Month. The AJAS highlightedCrown Center’s storytelling project Humans of Crown Center (modeled after the Humans of New York photoblog) pairing a portrait and a short vignette of an individual who lives, works or volunteers at Crown Center. Nikki Goldstein is the executive director and a member of Traditional Congregation.

Touro College, the nation’s largest institution of higher education under Jewish auspices, and the Orthodox Union (OU), the nation’s oldest and largest umbrella organization for the North American Orthodox Jewish community, has awarded Hannah Thiede the Sarah Rivkah and Dr. Bernard Lander zt”l Scholarship. The scholarship is awarded annually to an outstanding NCSY (formerly known as National Conference of Synagogue Youth) graduate who chooses to attend one of Touro’s Lander Colleges in New York City. Hannah graduated from Kadima Yeshiva High School and will be studying next year at the  Tomer Devorah Seminary as part of Touro’s Israel Option. She is the daughter of Melanie Thiede and attends Young Israel.

Adam Brandvein has joined eXp Realty as a residential real estate agent. He will assist homeowners with the buying and selling of their properties.He also will identify and negotiate acquisition opportunities for both single-family and multi-family properties. Brandvein attends Shaare Emeth.

Dr. Diane Rosen is president of the Saul Mirowitz Jewish Community School board of trustees. She is the first parent to hold this position since the merger of Solomon Schechter Day School and Saul Mirowitz Day School – Reform Jewish Academy (RJA). Rosen, a physician who attends Congregation B’nai Amoona, is an obstetrics and gynecology specialist affiliated with Mercy Hospital.

Diane Katzman has sold her business, Diane Katzman Design, to a St. Louis-based investment group. While the name of the company is changing to DKD LLC, the studio location will remain at its location at 8505 Delmar Blvd. Katzman will be focusing on her art, philanthropy and service to the community and various charities. She is member of Central Reform Congregation.

Robert A. Cohn, editor-in-chief emeritus of the Jewish Light, and Karen Aroesty, regional director of the local Anti-Defamation League, were recently reappointed to the St. Louis County Human Relations Commission by County Executive Sam Page with the approval of the County Council. Cohn was named chairman, and Aroesty will continue as recording secretary of the commission, which advocates for the civil rights for all citizens of the county regardless of race, color, sex religion or national ancestry, and for diversity in all areas of the government. Cohn has been associated with the commission as a member or chair since 1964; Aroesty is a longtime member and recording secretary. Cohn is a member of Congregation Shaare Emeth. Aroesty is a member of Kol Rinah.

On June 7, Carol and Michael Staenberg were honored by Missouri Torah Institute at its 13th annual dinner, which was an interactive virtual event. The Staenbergs were lauded for their direct involvement with MTI, as well as for their leadership and commitment to Jewish communities around the country.

Miriam Seidenfeld, executive director/CEO of Jewish Family Services (formerly Jewish Family & Children’s Service), was one of 19 women featured in a ForbesWomen article, “The New COVID-19: Profiles of the Pandemic.” In the story, Seidenfeld discusses how JFS adapted during the pandemic to serve an major influx of new clients at the Harvey Kornblum Jewish Food Pantry Read and how they shifted to a drive-through model for pickup. Read the story online at https://bit.ly/Forbes-JFS.

Former St. Louisan Emma Mufson Peysakhovich is a co-founder of Onedesk, which has launched an online platform for simplifying the process of booking, managing and paying for office cleaning services. The company also launched a Onedesk mobile walkthrough app to further simplify the process of obtaining cleaning services. Onedesk is available in major cities across the United States, including St. Louis.