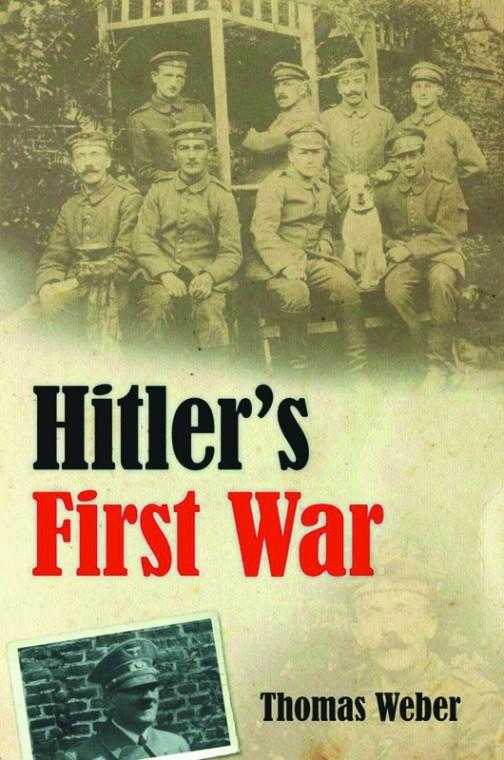 By Arthur Gale, Special to the Jewish Light

Over 65 years have passed since the end of World War II. Historians continue their quest to further understand the man responsible for the war and its more than 50 million deaths. They want to know when, where, and why Adolf Hitler developed his political, racist and anti-Semitic views. In his new book, German-born and English-trained historian Thomas Weber tries to assess the importance of Hitler’s service in World War I in forming his radical views. The book, “Hitler’s First War,” (Oxford University Press, $34.95) raises as many questions as it answers. The experiences that formed Hitler’s worldview remain elusive.

Scholars have abandoned, for lack of evidence, the once popular theory that Hitler’s worldview was developed during his years of wandering in anti-Semitic Vienna as a young, virtually homeless, man. More recently historians have focused on Hitler’s wartime service in WWI as the cause of his radical views. In his autobiography, “Mein Kampf,” Hitler asserts that his beliefs were forged from his experiences in the first World War.

After meticulously researching the original German documents of the List Regiment where Hitler served during WWI, as well as the written statements of his fellow soldiers, the author comes to a totally different conclusion. Weber states that much of “Mein Kampf” is fictional, invented for political and commercial purposes to justify Hitler’s previously held beliefs. He also stresses that historians had never before examined the original documents of the List Regiment, which had remained untouched for over 90 years; Instead they relied mainly on secondhand, often biased sources, including “Mein Kampf.”

According to Weber’s research, Hitler did not make much of an impression on his fellow soldiers in the List Regiment. There were few political discussions. Nor was there any significant anti-Semitism. The Jewish soldiers got along well with their fellow members of the military. There is also no contemporaneous recording of any anti-Semitic statements by Hitler during the war. In 1918, in one of history’s greatest ironies, Hugo Gutmann – a decorated German Jewish officer – awarded Hitler the Iron Cross First Class. The author concludes that if Hitler had been an overt anti-Semite it would have been difficult to explain Gutmann’s behavior towards him.

The author also questions Hitler’s courage during the war, pointing out that the awarding of Iron Crosses often served as an indicator of how close soldiers were to officers rather than how dangerous their job was. Hitler served as a “runner” or messenger carrying dispatches from officers in the rear. Most of the time runners were far away from the front line trenches and slept in well-protected buildings or shelters. The casualties in the List Regiment were as high as any in the German army but there were no runners who were killed. The soldiers in the trenches referred to runners like Hitler as “rear area pigs.” After the war when some soldiers of the List Regiment publicly criticized his war record, Hitler had to resort to legal means to defend himself.

The author concludes that Hitler’s radicalization occurred sometime after – not during – the war. “The First World War was not the seminal catastrophe of the twentieth century,” the author notes. Many soldiers of the List Regiment served in the front lines and were much more exposed to the brutality of war than Hitler. Yet they were not radicalized, politicized, or turned into rabid anti-Semites. They returned to their towns, villages, and hamlets with their pre-war political outlook more or less intact.

Weber devotes considerable time to describing the life of Captain Hugo Gutmann. Hitler tried to suppress all information about the Jewish officer who awarded him his Iron Cross First Class. Gutman was briefly imprisoned and questioned by the Gestapo. He managed to escape to the United States in 1940 just in time to avoid being sent to his death in a concentration camp, as were other Jewish members of the List Regiment. Hugo Gutmann changed his name to Henry Grant and moved to Clara Avenue in St. Louis. He lived a quiet life selling typewriters and later on furniture for the next 20 years until he retired to San Diego. During his life in America he refused to talk about his war experiences.

Hitler used his World War 1 experiences to embellish his war record and to justify and rationalize his personal radical beliefs. When, where, and why he developed his world-view remains an enigma and a challenge for future scholars.