Mitzvot from the heart: Mollie Weinberg 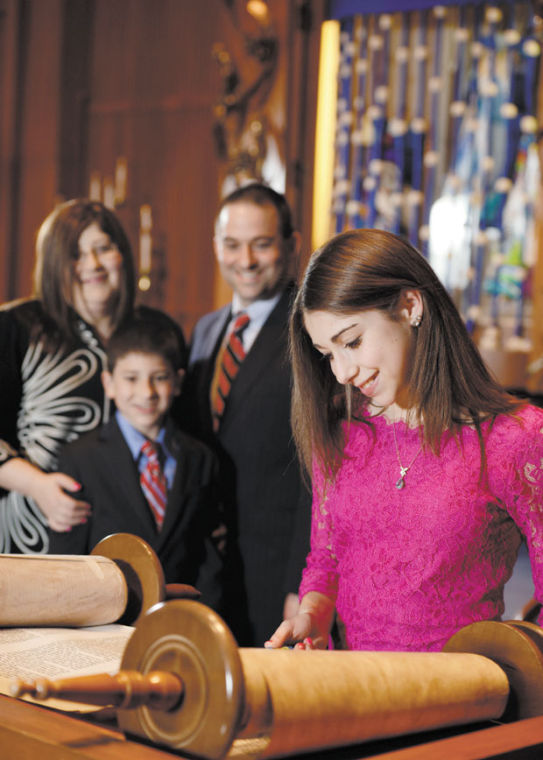 Mitzvot from the heart: Mollie Weinberg

The hope is that by participating in Derech Mitzvah, the kids will learn to be responsible, contributing members of the community and learn to live more Jewishly.

Mollie, daughter of Nancy and Larry Weinberg of St. Louis County, chose mitzvot based on her interests. Many of these acts would have been done whether or not she was tracking them for her bat mitzvah. Among Mollie’s favorites were attending Torah study with Rabbi Roxanne Shapiro on Saturday morning and watching the movie “Paper Clips,” on which she wrote a report.

She also enjoyed putting up her new mezuzah on her bedroom door and learning the prayer associated with it. In addition, Mollie made her own yad to use during her bat mitzvah service and began reciting the hamotzi, kiddush and shema on a regular basis.

Mollie’s love of dogs inspired her to donate a portion of her bat mitzvah money to the Humane Society. She also cleaned out her basement and other rooms of her house and gave toys and clothing no longer needed by her family to the Children’s Home Society.

A student at Parkway Central Middle School, Mollie made a commitment to herself and her family that she will continue her Jewish education through 12th grade. “I really enjoyed the Derech Mitzvah program,” she said.

Mollie’s mother commented that Mollie liked that it gave her a chance to “check in” with herself and make sure she was not becoming too absorbed in other activities, that she was not forgetting the pillars that make up her Jewish self. It also gave her an opportunity to see how Judaism really does influence her choices in her secular life.

Mitzvot from the Heart is compiled by Editorial Assistant Elise Krug. To have your child’s mitzvah project featured, contact Elise at [email protected] or 314-743-3665.