‘Maya’ has heart and soul, but lacks solidity 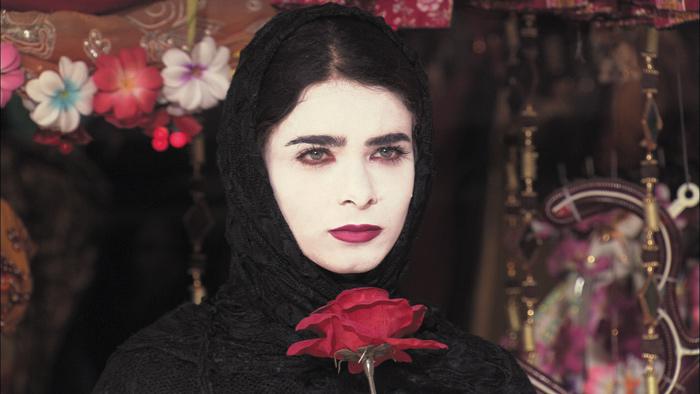 The film “Maya” certainly asks interesting questions though at times it can leave one wishing for a more captivating formula to find the answers.

Directed by Michal Bat Adam, the English-subtitled film follows the theatrical growth of the title character (Liron Ben-Chelouch) as she prepares for her first major role in a play written by Hagai (Gil Frank), a director the young actress meets while doing an impromptu dramatic reading as she serves customers in a local café. Impressed by her skills but nervous about her lack of experience, Hagai offers the untested actress the lead role in his production about a woman who has an abortion and is then committed to a mental institution having deluding herself that her baby is actually alive and being kept from her.

But as the director and his new star begin to grow together personally, eventually starting a romantic relationship, they seem to diverge professionally. The quiet but deeply emotional Maya becomes increasingly obsessed about portraying her character with realism and truth while Hagai insists on his original dramatic vision. Both their clashes and their attraction become more pronounced over the course of the film as an uncertain opening night approaches.

For the most part the performances are well-executed enough. Frank is particularly adept and Ben-Chelouch paints a decent portrait of an intensely passionate but strangely unassuming young woman. The supporting players seem to fit together as comfortably as any stage production cast might, even if the stage scenes themselves appear a bit forced.

Still, what the film possesses in heart and emotion it seems to lack in solidity. Despite dragging through lengthy, at times overwrought, conversations, “Maya” somehow doesn’t seem to show its characters developing in a way meaningful to the viewer. Maya and Hagai’s interpersonal affairs appear vaguely interesting, perhaps even engaging, but somehow they still manage to come off as a bit trivial. Meanwhile, sidelines about Maya’s family and, particularly, the relationship struggles of her roommate look out-of-place altogether as forgettable and half-hearted journeys into the problems of people you neither really get to know nor particularly learn to care about. By contrast, the young woman’s visits with an array of patients at a mental institution – to prepare for the reality of her role – provide a good deal more context and depth and create far deeper, more engrossing interactions.

Fans of understated conversation and the intricacies interpersonal entanglements may find “Maya” a welcome respite from the bludgeoning of Hollywood blockbusters and shoot-‘em-ups or even from heavy-handed romance flicks. Maybe the rest of us could think the effort a charming diversion. Yet the film’s deep, sometimes uneven character development seems jerky at times and doesn’t completely lock the audience into the flow of the action. As the old stage saying goes, “Always leave them wanting more.” In this perhaps “Maya” succeeds, but not always in a good way.

In Hebrew with English subtitles