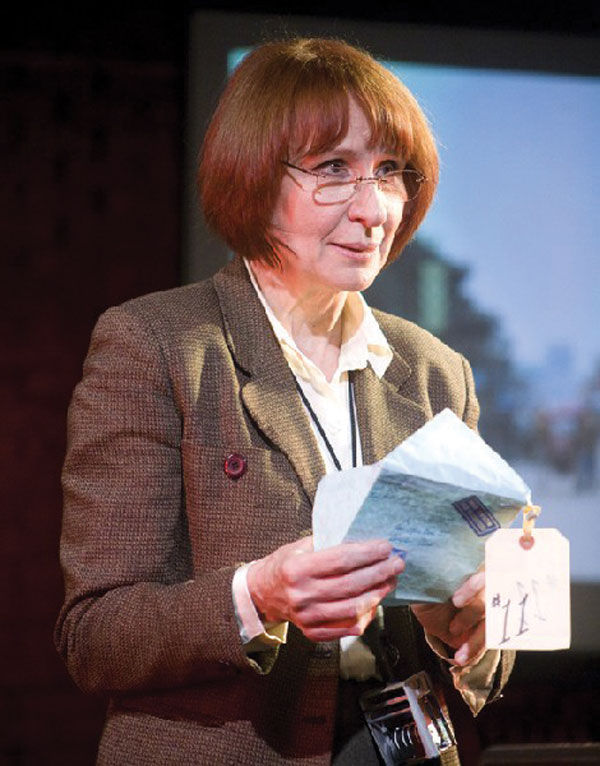 Glynis Bell stars ‘Underneath the Lintel,’ a one-woman play at the New Jewish Theatre Jan. 28 to Feb. 13.

The New Jewish Theatre continues its 2015-16 season with the one-woman play by Glen Berger, “Underneath the Lintel.” The story, a metaphysical detective story, centers on a Dutch librarian who finds in the overnight return slot an overdue book, a Baedeker’s travel guide, which happens to be 113 years overdue. The diligent librarian is determined to find the person who deposited it and collect a hefty fine.

She embarks on a mysterious adventure, which becomes a globe-spanning and time-morphing quest as she soon realizes she is tracking the mythical “Wandering Jew.” Clue builds upon clue and the result of her quest carries mystical and spiritual implications in a play that is ultimately a haunting meditation on time and faith.

The librarian is portrayed by New York actress Glynis Bell, a long-time St. Louis Rep veteran. Bell has appeared multiple times on the Rep stage in roles as varied as Ima Perry in “The Immigrant” in 1988 to the contemporary 2014 production of “Other Dessert Cities” as Silda. She has also appeared in many Broadway productions, including the just-closed “Thérèse Raquin.” At NJT, Bell reprises the role of the librarian that she played in 2009 at Barrington Stage Company.

Director Lana Pepper has previously directed Bell in two other productions in St. Louis, both at St. Louis Actors Studio. “Underneath the Lintel” will run Jan. 28 to Feb. 13 in the Jewish Community Center’s Wool Studio Theatre, 2 Millstone Campus Dr. Single tickets are $39.50 to $43.50 and are available at newjewishtheatre.org or 314-442-3283.