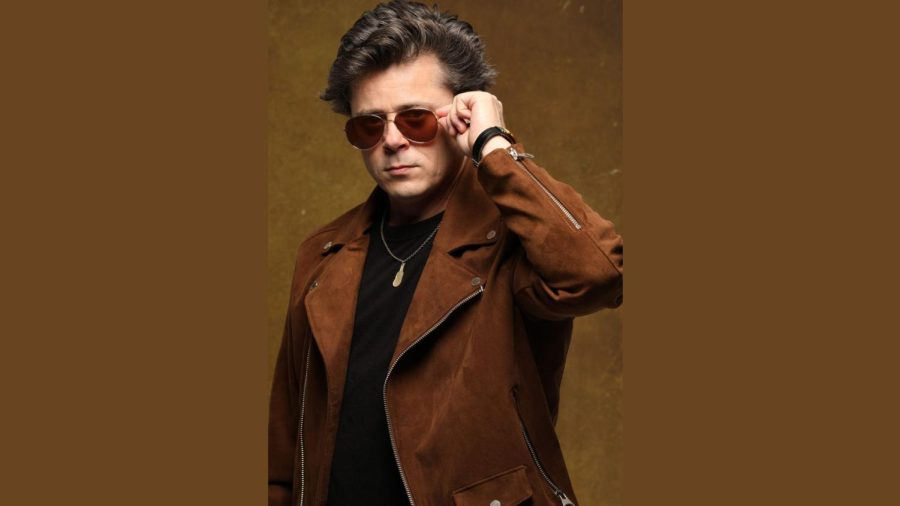 When Lenny Mink was a high school student at Parkway Central in the late 1980s, he would sneak into the school’s empty, dark theater and just sit. There was just something about the peaceful stage that gave Mink a feeling of possibility — the possibility of what that stage could do when it came to life. It was that possibility that led Mink to what he is doing this weekend, reopening the iconic Westport Playhouse.

After closing more than two years ago because of COVID-19, the Westport Playhouse is ready to re-open to live audiences with Mink, a Russian Jewish immigrant, musician, writer, producer and director now at the helm. Mink took over the management and operations of the longtime theater in February. The first show, “DaVinci and Michelangelo: The Titans Experience” will run from Aug. 5-28.

“It is a one-man show, and it was pure serendipity that we discovered one another here in St Louis,” said Mink, referring to mark Rodgers, the show’s star. “The timing was perfect in terms of collaborating to mount the show to get us launched.”
The relaunch Of Westport Playhouse
The theater has a long history, having opened in 1973 as a theater in the round. Its stage has hosted many famous performers and concerts as well as Broadway and Off-Broadway shows for nearly 50 years. And you can expect plenty of new upgrades when doors open on Friday.

Besides new technology on stage, audience members will feel a smoother process at the ticket booth thanks to a new ticketing system. Also, a revamped bar will offer a much more modern experience with plenty of fun drink options as well.

“People can expect lots of fun and love from the staff and way more diverse types of entertainment including concerts, speakers, e-sports and gaming, movie nights, sports watching parties and more,” said Mathews.
“DaVinci and Michelangelo: The Titans Experience”

The one-man show, featuring art expert Rodgers, takes you on an awe-inspiring journey through the Italian Renaissance as seen through the eyes of monumental geniuses Leonardo DaVinci and Michelangelo. It’s a multi-media event that features video, 3-D animation, and images of DaVinci’s and Michelangelo’s inventions, sketches, paintings and sculptures.

Rodgers compares and contrasts the incredible lives of DaVinci and Michelangelo but then relates them to today’s world and other contemporary geniuses such as Les Paul, Van Cliburn, Paul McCartney, Jacques Cousteau and the General Motors modern internal combustion engine.

This is an all-ages show, and tickets are available online.
Lenny Mink realizing his dream
Leonid Minkovich was born in Minsk, USSR under the thumb of the slowly crumbling Soviet system. His mother Mila, a linguist and teacher and his father Vladimir, an exceptionally gifted and renowned woodwind master, finally had enough of the communist ideology and applied for political asylum in Israel. Young Lenny or “Uri” (as was his Hebrew name), then 3 years old, boarded the train with his parents and the family began their journey to a new life in Eilat, Israel, at the mouth of the Red Sea.

In 1978, the family finally received permission to emigrate to America, where they settled in St. Louis and began a new life near other family members who emigrated one year before. His father continued to play professionally in his newly adopted country, with Lenny often at his side at rehearsals, shows and even occasionally on tour. But, when it came to performing in any way, Lenny would have none of it.

“My dad would play at family gatherings and it was part of the family experience. Everyone would sing and you felt saturated by the melodies and harmonies in the air, but I was terrified to sing. I would just pretend,” said Mink.

When he got to Parkway Central, he met a teacher named Betty Phaff who ran the theater program and got Mink involved.  Soon he beat his fears and was participating in shows throughout high school. He says he felt a new sense of comfort and freedom on stage and it became the place where he was happiest. But when he turned 19, he found something else.

“My father’s band rehearsed at our home,” he recalled. “One day I picked up an electric guitar in the basement and played one chord I knew. It was an A-minor, and the moment I heard that sound, something went off in my brain and it just clicked. This was the sound and feeling I had been searching for.”

He had found his voice. Almost immediately, he began practicing, writing and studying music. Throughout his college years and beyond, he has never looked back.  And now, he has his own stage.

“Every performer always wants to have their own stage or place to perform. It was something I didn’t know I wanted until the opportunity came up to take over the Playhouse,” said Mink.

With the return of live performances, Mink is hopeful that Playhouse fans will return, but he also invites everyone who has not been to the theater to give it a chance.

“The key word is experience. It’s the theater plus the technology,” said Mink.  “What makes Westport unique is the campus vibe, the parking, the restaurants, the bars. You’re somewhere, and it’s like an island of entertainment.”