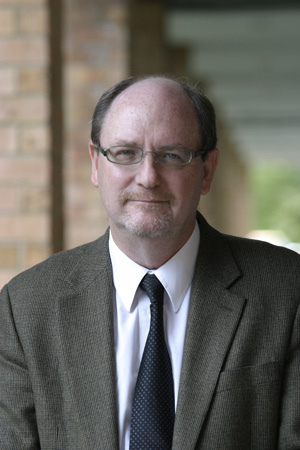 I’m so glad I get to throw out the first pitch for our special Newmark Pages on Judaism and Baseball.

Baseball has transcended fandom in my life; call it a borderline addiction.  I recently traveled with my older son Aaron to Kansas City, visiting the Negro Leagues Baseball  Museum (small but highly recommended) and beautifully renovated Kauffman Stadium for a Royals game. The trip was bookended by stops in Columbia, where Aaron will soon begin his doctoral study in statistics.

Since his early childhood Aaron’s been fascinated by numbers and baseball. His chosen profession makes perfect sense given his lifelong passions. So did his three years of internship with the St. Louis Cardinals’ Senior Analyst Sig Mejdal (a former NASA scientist) and Dan Kantrovitz (John Burroughs and Brown University baseball star, Cardinal scout and now with the Oakland Athletics front office).

We’ve gone to 19 stadiums together, so it’s only fitting that this trip serve as a prologue to his next chapter in life.

L’dor v’dor, right?  My wonderful dad, despite limited athletic interest and prowess, took the time to play catch after work. My sister Happy passed on her passion to me as she wrote about sports for the high school paper.  My grandfather shaped my love of the game at Comiskey Park, which made me a stranger in a strange land, as I grew up a Northside White Sox fan in Cub Country.  It all got passed along to me, just as I’ve passed it to Aaron.

But this adventure also got me thinking about how baseball serves as such an amazing connector not only across time, but through space and across cultural lines as well.

As my peculiar geographic Sox allegiance shows, baseball’s also a place connector. We root for our teams based in part on where we are or where we’ve been, and we share our oscillating emotions with our neighbors.  I’ve been with the tribe that is Cardinal Nation since shortly after arriving here in 1978, which might not have been possible had my heart been fully with the Cubby Bears.

The sport today is also a world connector.  The integration of the sport in the ’50s has been followed by players from Latin America and the Pacific Rim claiming a healthy number of roster spots. The World Baseball Classic, scheduled for its third opus in a couple years (Aaron and I attended its last iteration in 2009 when Japan secured its second straight title), shows that while baseball may be America’s Pastime, it’s now safely ensconced in the World’s Playground. In fact, Israel may have a place at the WBC tournament in 2013.

And then there’s the Jewish connection. Nothing new under the sun (or lights) here.   We’ve had a love affair with the sport since we arrived at Ellis Island.  From Brooklyn’s stickball streets and Ebbets Field to today’s manicured Little League diamonds and megastadiums, we’ve had as much passion for baseball as any group in the U.S. It’s part of our cultural anthropology as American Jews.

So today we present a few different perspectives on the game.  We rejoice collectively when three young men with Jewish backgrounds show up at the same time in Springfield, Missouri on the Cardinals farm team (see Lew Prince’s story on Messrs. Cutler, Kopp and Schneider). We revel in the big waves bigtime Jewish ballplayers have made in Major League Baseball history, described in the many fine books and films Bob Cohn features in his annotated bibliography and videography of Jews in baseball.

And of course, we get to commune as fans, who live our baseball obsessions not only in person, on radio and TV, and online, but among our friends, at our holiday tables. Patricia Corrigan provides a loving look at Jewish baseball fanatics in St. Louis, including one (Ben Senturia), who competes with Aaron and me in fantasy baseball (he’s ahead of both of us this year, by the way).

So help us rejoice in our love of baseball as parents, children, St. Louisans, fans and, in today’s section, as Jews.  Let us pass along the things that are precious to us to the ones we love, now and forever. Enjoy and play ball!