Journalist traces evolution of Zionism from idealism to militarism 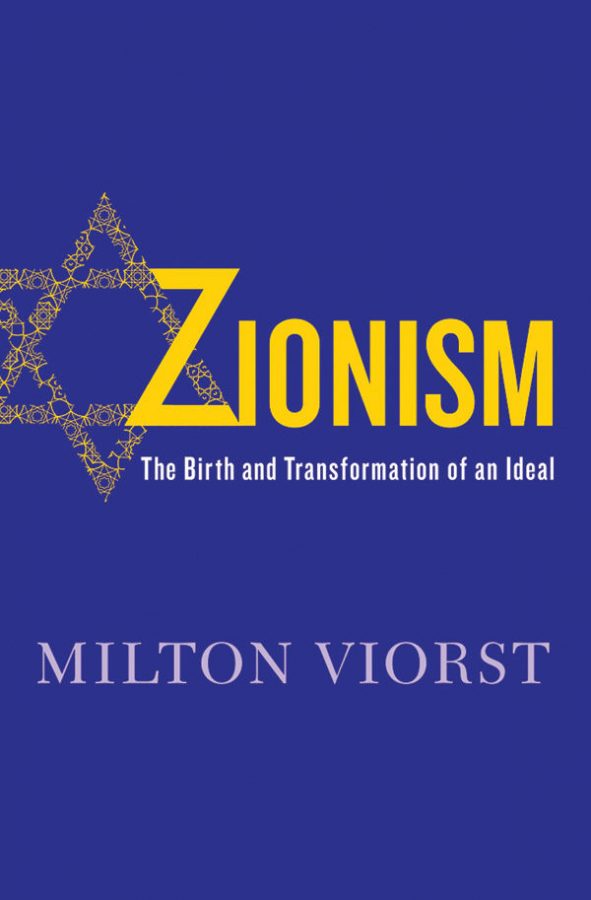 ‘Zionism: The Birth and Transformation of an Ideal’ By Milton Viorst; Thomas Dunne Books, 336 pages,  $27.99

Milton Viorst has dedicated his career to studying the Middle East by writing articles for The New York Times, serving as the Middle East correspondent for The New Yorker and writing six previous books on the region. In his most recent book, “Zionism: The Birth and Transformation of an Ideal,”which is both provocative and intriguing, Viorst maintains that the original aim of Zionism was to provide a homeland for a beleaguered people, specifically Europe’s Jews. Today, mainstream Zionism has come under attack by many who believe in an ideology  that glorifies military struggle and emphasizes war, military control and placing millions of Arabs in occupied territories.

The author discusses this transformation of Zionism in an interesting and orderly manner. After giving readers a brief prologue, he profiles eight people who each played a key role in the movement, starting with Theodor Herzl, widely considered the Father of Modern Zionism.

Next Viorst explains how Chaim Weizmann greatly influenced the Zionist movement by helping bring about the Balfour Declaration in 1917.

Viorst then introduces Vladimir Jabotinsky, whose militant brand of Zionism was known as Revisionism. The ideological goal of revisionists was to establish a Jewish State with a Jewish majority on both sides of the Jordan River. The revisionists called for the formation of a Jewish army in Palestine to force the Arab population to accept mass Jewish migration, thus reconfiguring Zionist ideology into a militaristic form of defense.

The fourth chapter of the book deals with a non-Revisionist, David Ben-Gurion, who was responsible for the creation of the State of Israel in 1948.

In chapter five Viorst discusses the religious revival of Judaism in the new state as exemplified by two rabbis, Rav Abraham Isaac Kook and his son Zvi Yehudah Kook. But Viorst states that the Kooks also advocated Jabotinsky’s use of force and violence.

Viorst calls Begin the “loyal disciple” and refers to Netanyahu’s rise to power as “Revisionism triumphant,” dedicating an entire chapter to attacking the politics of Netanyahu.

“Israel has squandered the goodwill it has enjoyed at its founding and thus the country has put its own future on a very dangerous and uncertain footing,” Viorst writes.

He writes that Israel, once a refuge for beleaguered people, has gone in the wrong direction, becoming a country increasingly defined by military power.

Viorst’s book is well written, analytical and informative, and he has employed numerous sources in his research. He has made excellent use of biographies, memoirs and autobiographies of the men he cites as responsible for developing the Zionist movement.

Viorst’s book is a concise history of the people and ideas that helped bring about the State of Israel. Although the author has attempted to write an honest and sympathetic yet critical portrait of Israel, at times the book tends to be simplistic.

It would be unfair to blame Jabotinsky, Begin, Netanyahu and their followers for all of Israel’s problems with the Palestinians. But Viorst has succeeded in showing that the Zionist movement was and still is a complicated and diverse movement that means different things to different people at different times.