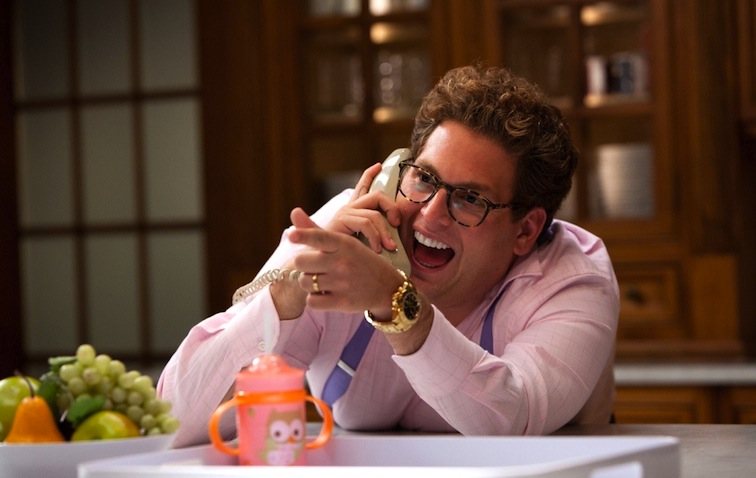 Martin Scorsese is well-known for his everlasting loyalty to two bands: The Rolling Stones and The Grateful Dead. The former has collaborated with the legendary filmmaker on a pair of documentaries. A  Grateful documentary came out in 2017. So, the news this week of Scorsese boarding a Jerry Garcia biopic with Jonah Hill attached to star should be gold on the ceiling for any movie or music fan.
Why movie fans should love the news
This movie reunites Scorcesi and Hill for the first time since “Wolf of Wall Street” in 2014. That film earned Hill his second Academy Award nomination. Fans of “The People Versus O.J. Simpson” should applaud the news, because screenwriters Scott Alexander and Larry Karaszewski are penning the script.

In “Wolf”  it was the go-for-broke acting from Hill that stood out after the film was over. Hill went all the way playing a character representing Wall Street corruption. The Jewish actor has come a very long way since “Superbad,” holding his own onscreen with big-time talent. Reuniting with Scorsese continues that path.

The Garcia biopic is another big win for Apple. And, it’s another step towards streaming for the acclaimed director, following “The Irishman” on Netflix. While he doesn’t believe in superhero tales, Scorsese does believe in the power of streaming, which creates big waves for Apple–which already has a Napoleon film with Ridley Scott and Joaquin Phoenix, an Antoine Fuqua film with Will Smith, and a George Clooney-Brad Pitt starring thriller on the docket.


Why Grateful Dead Fans should love this News
Bob Weir, Phil Lesh, Mickey Hart, and Bill Kreutzmann along with Trixie Garcia (Jerry’s daughter) will executive produce the film. Hill is putting his own skin in the game with his production company, Strong Baby, co-producing the film beside Scorsese and Rick Yorn of LBI Entertainment.

That’s a vital element of making a proper music biography: having the rights to ALL the music and getting the subject’s family involved so the story being told doesn’t become twisted and lost in the art of film. All the critics of the Queen movie, “Bohemian Rhapsody,” should feel at ease with the Garcia family and Scorsese/Hill coming together to make the best movie possible. Mess up this movie and you will be grateful Jerry is dead.

The Grateful Dead surged to popularity in the 1960’s in San Francisco, with their take on the psychedelic counterculture binding their music to legions of fans. When I was a kid, I can remember my dad and brother not only listening to the lyrics and singing them but also digging into the meanings of the songs. More so than colorful action for your ears, Garcia and company preferred to travel down the rabbit hole of musical art. Take or leave their music, but the impact should be respected.

The details of the plot for the film are unknown, but hope is this: follow the Danny Boyle biopic playbook. In other words, pick a few vital moments of Garcia’s life and connect those short stories to the true meaning of his life’s work. Nobody needs to see a young Jerry mistreated or overlooked as a kid, only to rise to rock stardom. Show the pivotal moments. Hopefully, Scorsese and his screenwriters dive into the times that made The Grateful Dead who they still are today.