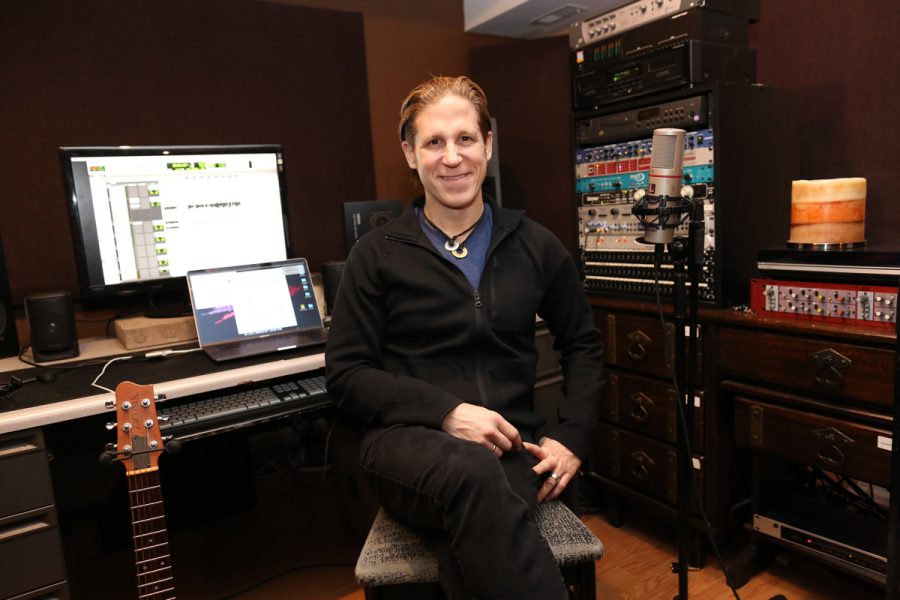 The songs will be selected by Rick Recht, the executive director of JKids Radio, Jewish Rock Radio and Songleader Boot Camp, a song leader training program held in cities around the United States. Recht lives in St. Louis and is also the artist in residence at United Hebrew Congregation.

To introduce the Jewish Song of the Week feature, we asked Recht a handful of questions about his role in the Jewish community.

But first, Recht shares the inaugural Jewish Song of the Week.

“Looking for Jewish music to celebrate the Fourth of July?” Recht writes. “I got you covered!! Check out this stirring blues rendition of ‘America the Beautiful’ from Jewish blues pioneer Saul Kaye that honors America in all its beauty and its complexity. Happy Fourth!”

(Learn more about Saul at Saulkaye.com and listen to him and other great Jewish artists at Jewishrockradio.com)

How long have you worked in the Jewish community?

In one or two sentences can you explain your work?

I’m a Jewish educator in a rock star package.  I’m a full-time touring Jewish music artist and leadership trainer.  I am a community connector. I am also the founder and executive director of Songleader Boot Camp national leadership training conference, Jewish Rock Radio, and JKids Radio.

What led you down the path of recording, performing and promoting Jewish music?

Initially, I pursued my mission to strengthen Jewish identity and engagement for youth and families by aggressively touring in Jewish communities throughout North America and abroad.  Jewish music is a soul-trigger — the soundtrack to our Jewish lives. And I could see that I had a wonderful opportunity to participate in this super-powerful medium for connecting with people of all denominations and levels of observance.  It eventually became clear to me that I could have an even greater impact on Jewish life by developing platforms to teach Jewish teachers and promote Jewish artist educators. This is how Songleader Boot Camp, Jewish Rock Radio, and JKids Radio came to life.

What has the COVID-19 pandemic been like for you as a musician?

While COVID introduced many serious and painful challenges for touring Jewish artists, it provided me pause, space and fertile ground to not only spend incredibly valuable time with my family, but perspective and opportunities to reimagine and innovate new and more effective ways to ‘virtually’ connect with Jewish audiences around the world. I know I will always reflect on COVID as a positive inflection point in my own career, as well as a critical juncture in the trajectory of the Jewish artist community and Jewish music.

What do you think Jewish Rock Radio and JKids Radio adds to the American Jewish community?

Jewish Rock Radio and JKids Radio not only provide Jewish families around the world with high-quality 24/7 Jewish music, but a wide variety of opportunities and activities to engage in Jewish life. We view these broadcast networks as education hubs, entertainment portals, and critical platforms for supporting the growth and expansion of the Jewish music artist community.